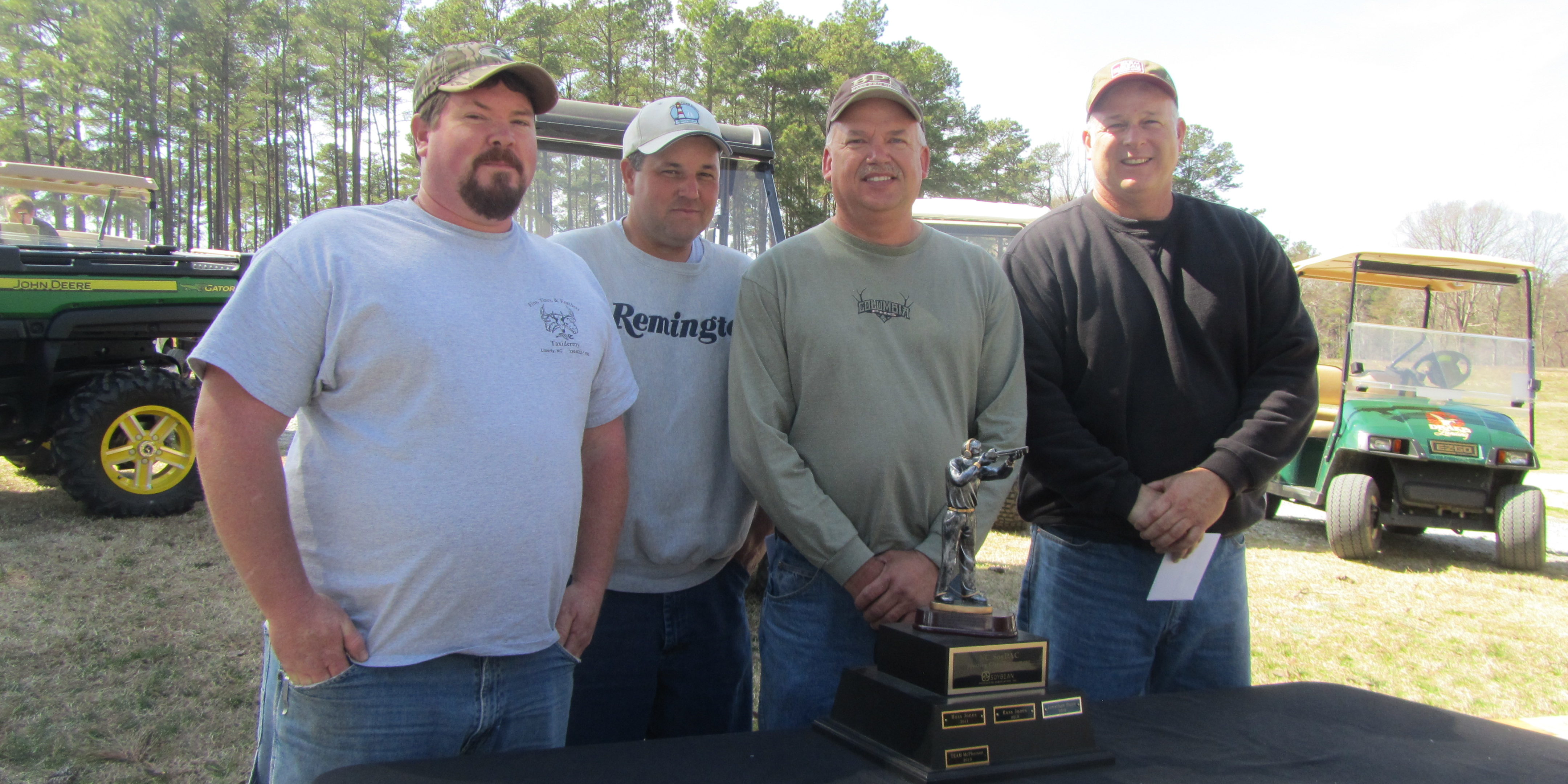 The NC SoyPAC hosted over 90 supporters for its 4th Annual Sporting Clays Tournament March 21st at Drake Landing in Fuquay-Varina. The tournament takes place every year in the spring to help raise contributions to support federal candidates that are friendly to the N.C. soybean farmers and to assure that N.C. soybean farmers have a voice in Washington. Contributions to NC SoyPAC are voluntary and non-tax deductible.

This year the winning team was Team McPherson sponsored by Alamance County grower Michael McPherson and consisting of team members Jonathan Dunn, Craig Kirkman, Mike Pittard, and Mickey Smith. Team McPherson achieved an average score of 79 out of 100 clay targets. Bringing further honors to Team McPherson, Mickey Smith achieved the top individual score of 87 out of 100 at the 2014 tournament. This year’s tournament was a great success with 20 teams participating. Thanks to everyone who came out to shoot or volunteer and all who helped raise money for the NC SoyPAC!