2nd Round of MFP Payments 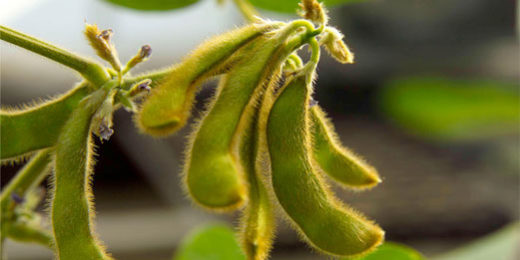 Secretary of Agriculture Sunny Perdue has announced that the President approved the second round of payments on the Market Facilitation Program  (MFP) that is designed to lessen the effect felt by tariffs from China. President Trump tweeted out saying “Today I am making good on my promise to defend our farmers’ and ranchers from unjustified trade retaliation by foreign nations. I have authorized Secretary Perdue to implement the 2nd round of Market Facilitation Payments.  Our economy is stronger than ever-we stand with our farmers!”

Many growers welcomed the news of the final set of payments after the decision, that was originally expected to be released in early December, was delayed and not expected until after the beginning of the new year. The delay was announced after the G20 Summit, a 90-day truce between China and the United States and the hope a permanent solution to the tariffs.

The rate for both payments on soybeans has been set at $1.65 per bushel. $9.567 billion is expected in direct payments to producers, and $7.5 billion expected for soybeans. Producers must complete an application by January 15, 2019 but have until May 1, 2019 to certify their 2018 production.

Below is a statement from the U.S. Department of Agriculture.

(Washington, D.C., December 17, 2018) – At the direction of President Donald J. Trump, U.S. Secretary of Agriculture Sonny Perdue today launched the second and final round of trade mitigation payments aimed at assisting farmers suffering from damage due to unjustified trade retaliation by foreign nations. Producers of certain commodities will now be eligible to receive Market Facilitation Program (MFP) payments for the second half of their 2018 production.

“The President reaffirmed his support for American farmers and ranchers and made good on his promise, authorizing the second round of payments to be made in short order. While there have been positive movements on the trade front, American farmers are continuing to experience losses due to unjustified trade retaliation by foreign nations. This assistance will help with short-term cash flow issues as we move into the new year,” said Perdue.

Producers need only sign-up once for the MFP to be eligible for the first and second payments. The MFP sign-up period opened in September and runs through January 15, 2019, with information and instructions provided at www.farmers.gov/mfp. Producers must complete an application by January 15, 2019 but have until May 1, 2019 to certify their 2018 production. The MFP provides payments to almond, cotton, corn, dairy, hog, sorghum, soybean, fresh sweet cherry, and wheat producers who have been significantly impacted by actions of foreign governments resulting in the loss of traditional exports. The MFP is established under the statutory authority of the Commodity Credit Corporation CCC Charter Act and is under the administration of USDA’s FSA. Eligible producers should apply after harvest is complete, as payments will only be issued once production is reported.

For farmers who have already applied, completed harvest, and certified their 2018 production, a second payment will be issued on the remaining 50 percent of the producer’s total production, multiplied by the MFP rate for the specific commodity.

**Total payment rate on 100% of production