Meet the Board: Michael McPherson 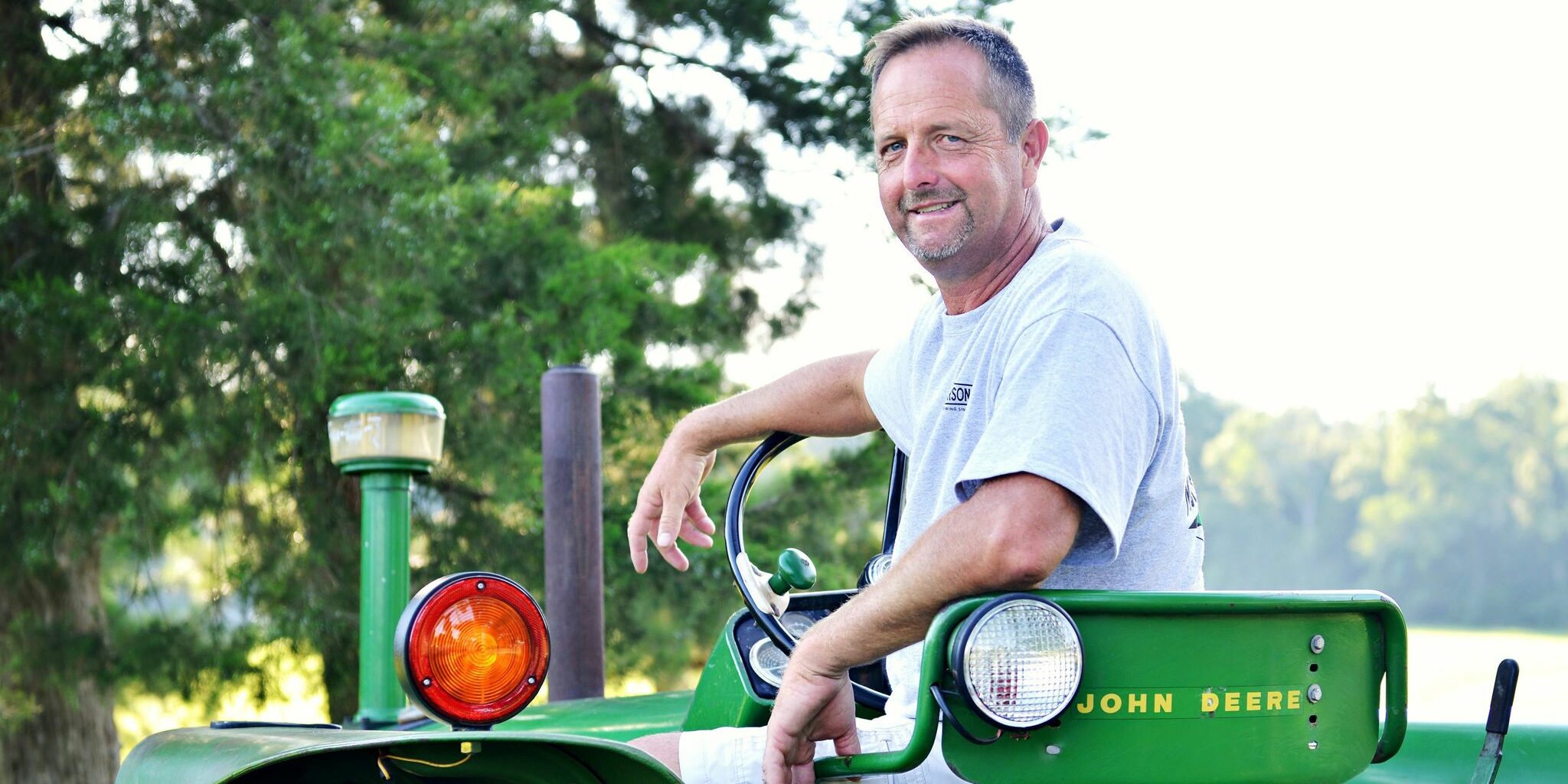 Michael McPherson always knew he wanted to be a farmer. His love for agriculture dates all the way back to 1948, which is when his grandfather started the dairy farm that his current operation now sits on. In 1989, the farm transitioned to row crops and hay, with direction from Michael’s father. The farm now produces wheat, corn, hay, cattle, and of course soybeans. Michael was appointed to the board in 2012 and serves as the SoyPAC chair; a job he really enjoys. He joined the board for the opportunity to see where checkoff dollars were being directed.

Like many farms in North Carolina, Michael’s farm is a family operation. Though his children and grandchildren all lend a helping hand on the farm, Michael says his job would be impossible without help from his wife, Renee McPherson. Renee is responsible for much of the bookwork and financials, as well as programming and moving the farm equipment. Renee maintains her own plants too; she is currently growing sunflowers and trying her hand at ornamental cotton. The McPherson family would not be complete without their 10 cows, which are like pets to them.

Michael started growing soybeans to cleanup some weed problems he was experiencing with hay crop. One of the unique things about his farm, and many farms in North Carolina, is that his soybean fields are no-till fields. This means seeds are planted directly onto the land after removing the cover crop, without breaking up the soil at all. Michael and other farmers have found that no-till is leading to increased yields in the state. Along with this obvious advantage, no-till also increases soil health and reduces erosion, which leads to productive soils for years to come. Being raised by generations of farmers has given Michael the unique opportunity to see how farming has progressed from where it started, and how it now has the capability to feed more people than ever before, with constantly improving technology.

When asked his favorite job on the farm, Michael responded that there are parts to every job that he enjoys doing, but ultimately, he’d choose planting because, though challenging, the reward of watching a seed germinate and thrive after correctly preparing the field makes it worth it. In the spirit of Halloween, I also asked Michael if he had any costumes lined up for the holiday, to which he responded that he will most definitely be dressed up as a farmer!