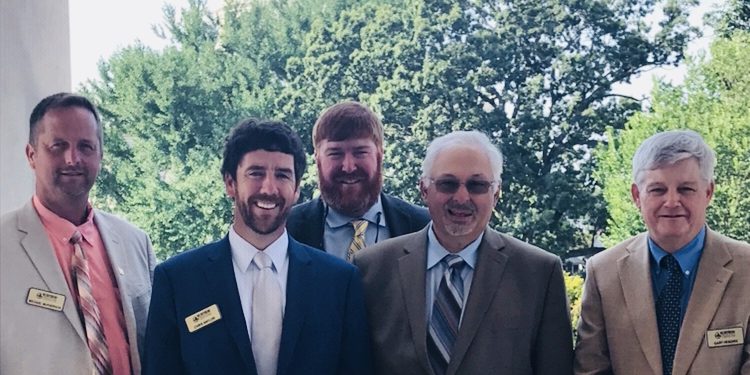 In light of the recent federal court rulings that hog farms in North Carolina have been deemed a nuisance, our growers made sure to express their concern during the meeting and urge the representatives to think about what this could mean not only for North Carolina’s economy but also the effects on a national scale.  Trade was also a key topic during the discussions given the recent 25% tariffs imposed on agricultural products by China in retaliation to the administration’s tariffs on Chinese goods. The group also made sure to show their appreciation to the Congressmen on their work and support of the recent Farm Bill and to gauge what the next steps were for the bill.

The evening ended with an NC Soy Reception, hosted by the association, to thank all of the congressional representatives and staff for their work with North Carolina agriculture. It was a great week spent advocating for NC ag and we are proud of our growers for representing home in the finest way. 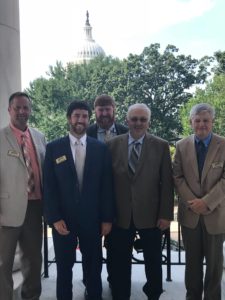 Growers had the opportunity to hold an NC Soy Reception in the House Ag Committee room, where this picture was taken. L to R Michael McPherson, Chris Naylor, John Fleming, Jimmy Thomas and Gary Hendrix 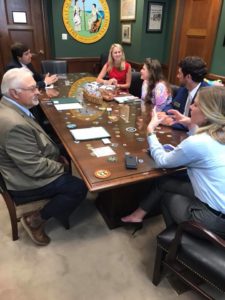 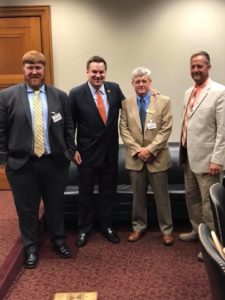 Growers had the opportunity to meet with Representative Richard Hudson in the Capitol Building. Rep. Hudson took time from a current meeting to hear the growers concerns. L to R John Fleming, Rep Richard Hudson, Gary Hendrix and Michael McPherson