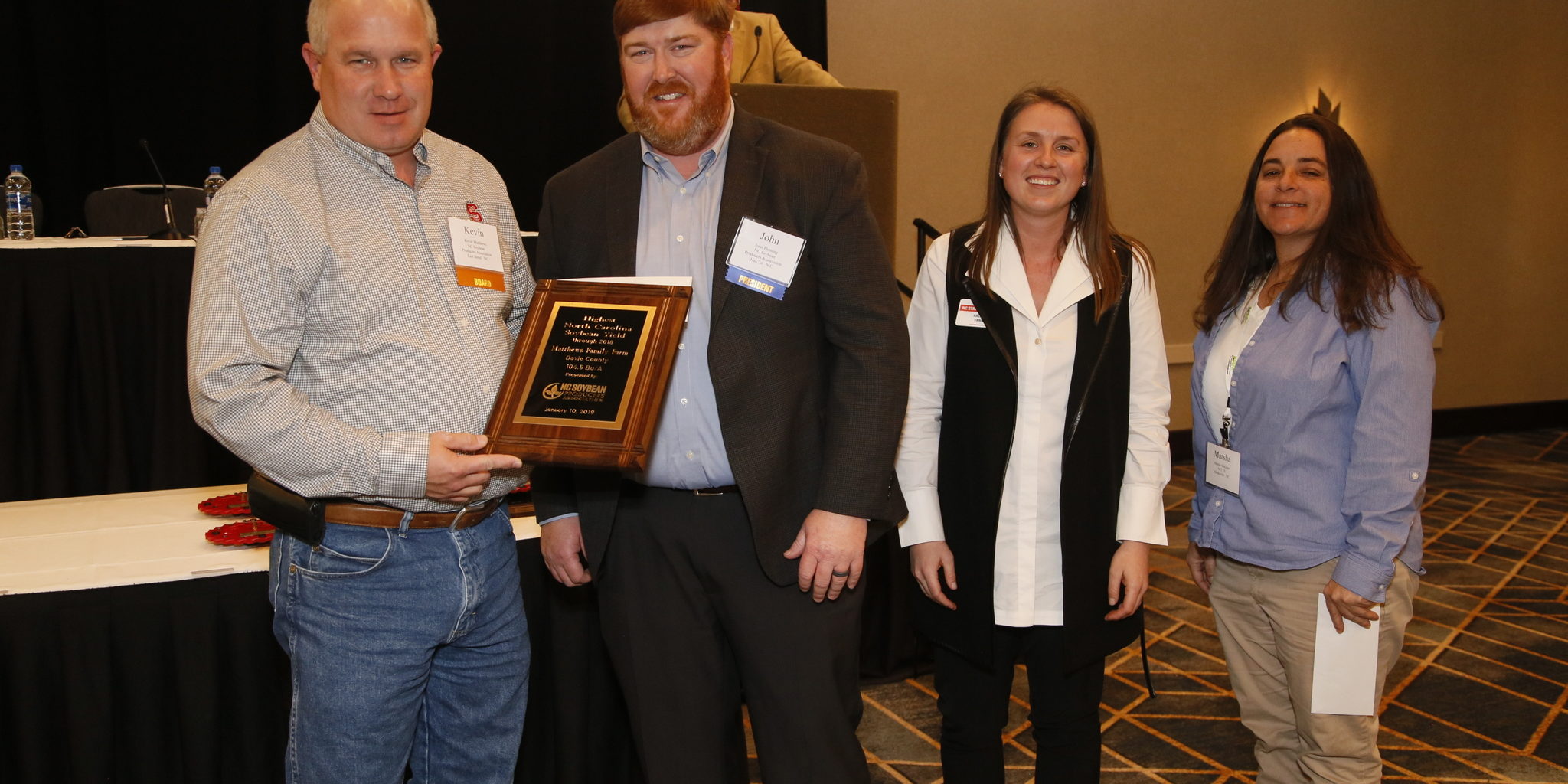 Matthews Family Farm of Davie County won the annual North Carolina Soybean Yield Contest for the second year in a row with an entry of 104.5 bushels per acre. Kevin Matthews received the award for the highest yield at the annual NC Commodities Conference of the corn, cotton, small grains and soybean associations in Durham, N.C. The soybean yield contest is administered by North Carolina State University Cooperative Extension and the awards are sponsored by the North Carolina Soybean Producers Association. The winning entries were announced on Jan. 10, 2019.

Johnny Moore of Iredell County was runner-up with a yield of 94 bushels per acre. The Iredell County soybean agent assisting with production was Laura Elmore.

There was a tie for the third-place award between Doug and Billy Mercer of Pasquotank County and James Allen of 4Gen Farms in Washington County, both with yields of 91.5 bushels per acre. The soybean agent for the Mercer’s entry was Alton Wood and the agent for Allen’s entry was Rod Gurganus.

Area winners in the yield contest were:

The area yield winners each received a plaque and a $50 cash award from the North Carolina Soybean Producers Association. All soybean growers producing a yield of 70 bushels or more per acre were recognized with a certificate by the North Carolina Cooperative Extension Service. The contest is based on yield from a measured and verified three-acre plot. The state record entry of 107.4 bushels per acre was set in 2017 by Matthews Family Farm of Yadkin County