G20’s Agreement to Try And Agree 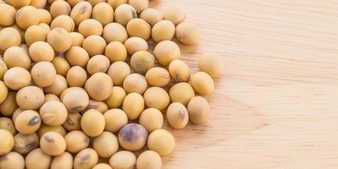 President Trump and Chinese President Xi Jinping met this weekend during the G20 Summit in Buenos Aires. Soon after, the White House released a statement that the two countries had potentially agreed to de-escalate the current trade friction and continue negotiations.

In return for the U.S. not raising the current 10% tariff to 25% on January 1, China has agreed to “immediately begin negotiations on structural changes with respect to forced technology transfer, intellectual property protection, non-tariff barriers, cyber intrusions and cyber theft, services, and agriculture.” The agreement did not make mention the quantity or what ag products would be included in the deal.

The White House’s statement did indicate that the purchases of ag products would begin immediately and that the agreement has a moratorium of 90 days for both sides to reach a resolution on technology transfer, intellectual property protection and other issues (the Chinese statement made no mention of a 90-day moratorium).  The deal also does not make mention of lifting the current tariffs each country has imposed, meaning China is likely to maintain its 25% tariff on soybeans.

China is the #1 export market for American beans. U.S. exports of soybeans to China in 2017 totaled 1.3 billion bushels valued at $14 billion.  This volume was equivalent to 31% of last year’s crop and 60% of annual soybean exports. Since June, the price of U.S. soybeans at export position in New Orleans has dropped 20 percent, from $10.89 to $8.68 per bushel. This represents a $2.00 drop in the price of a bushel of soybeans.