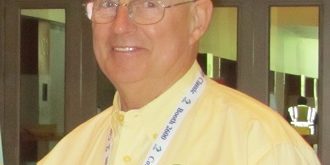 Morris Shambley, a soybean producer from Efland, N.C., was nominated by U.S. Agriculture Secretary Tom Vilsack to serve a second term as a director on the United Soybean Board. He and 16 other farmers will be sworn in at the upcoming board meeting of the USB.

Shambley and what will soon be 72 other farmer-directors of USB (up from 70 previously), will oversee the investments of the soy checkoff to maximize profit opportunities for U.S. soybean farmers.

“We are pleased that Morris Shambley was nominated by the U.S. Agriculture Secretary to represent N.C. and serve a second term on the United Soybean Board,” said Charles Hall, CEO of the North Carolina Soybean Producers Association. “The checkoff is dedicated to using advancements in technology to help U.S. soy remain a top choice for our customers, and Mr. Shambley and his fellow farmer-leaders will be instrumental in helping to accomplish that.”