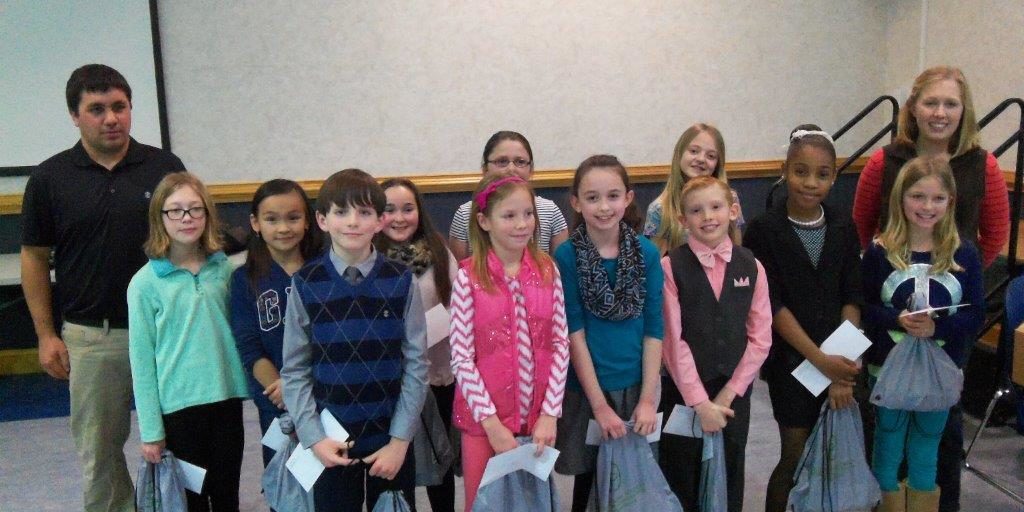 The North Carolina Soybean Producers Association was a sponsor of the North Carolina Soybean Festival in Elizabeth City, N.C. on Jan. 26, 2016. The association exhibited at the event and participated in an awards dinner at which yield contest and commodity association board members were recognized, and the festival’s poster contest winners were announced. Before dinner, the NCSPA provided soy foods appetizers at a reception featuring the “Flavors of Soy.”

NCSPA board members Jessica Burgess and Simmy Williams attended the event themed “2016 Soybeans: Fueling the Future,” and presented awards to the children who won the poster contest from Camden, Currituck, Pasquotank and Perquimans counties (pictured at left).