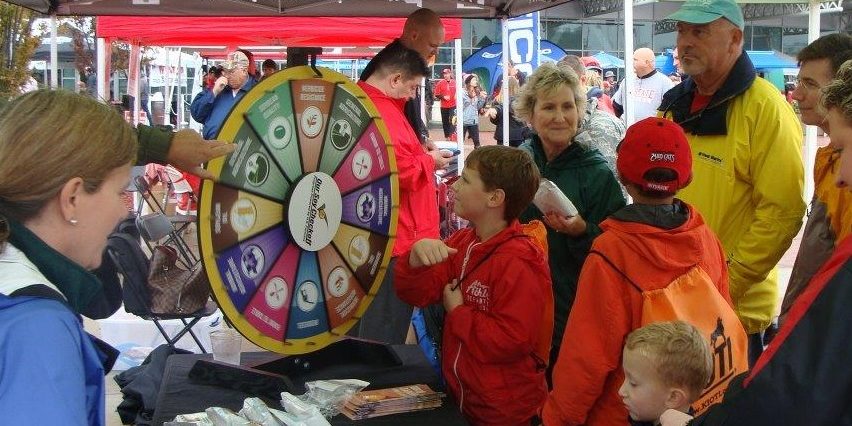 For the second year, the North Carolina Soybean Producers Association participated in the activities at N.C. State University’s Ag Day, an annual celebration at a football game honoring N.C. farmers and its ag industry. This year’s event was held on Oct. 3 at the NCSU vs. Louisville game. The association sponsors the event as a way to reach consumers to build positive perceptions of agriculture and help people learn about today’s farming practices. This year, the association had a booth in fan zone where fans could play a game, test their knowledge of agriculture and win a prize. NCSPA board members worked in the booth and were there to answer any questions people had about farming. Despite rainy weather, fans lined up at the NCSPA tent to interact with farmers and win a package of potato chips made with high-oleic soybean oil.

There were other activities promoting agriculture on-field as well. Video messages from farmers and others involved in agriculture were aired on the video board throughout the game and the first quarter message featured NCSPA board member Sydney Edwards Dunn. Thought-provoking facts about agriculture were posted on the ribbon board around the stadium frequently during the game and an on-field ceremony honored N.C. agriculture and its leaders, including NCSPA President, Jeff Peed.

Also as part of the sponsorship, the NCSPA had an exhibit at the CALS Tailgate. Farmers there could also answer questions to win a prize, but the questions were geared towards issues soybean farmers face, such as herbicide resistance.