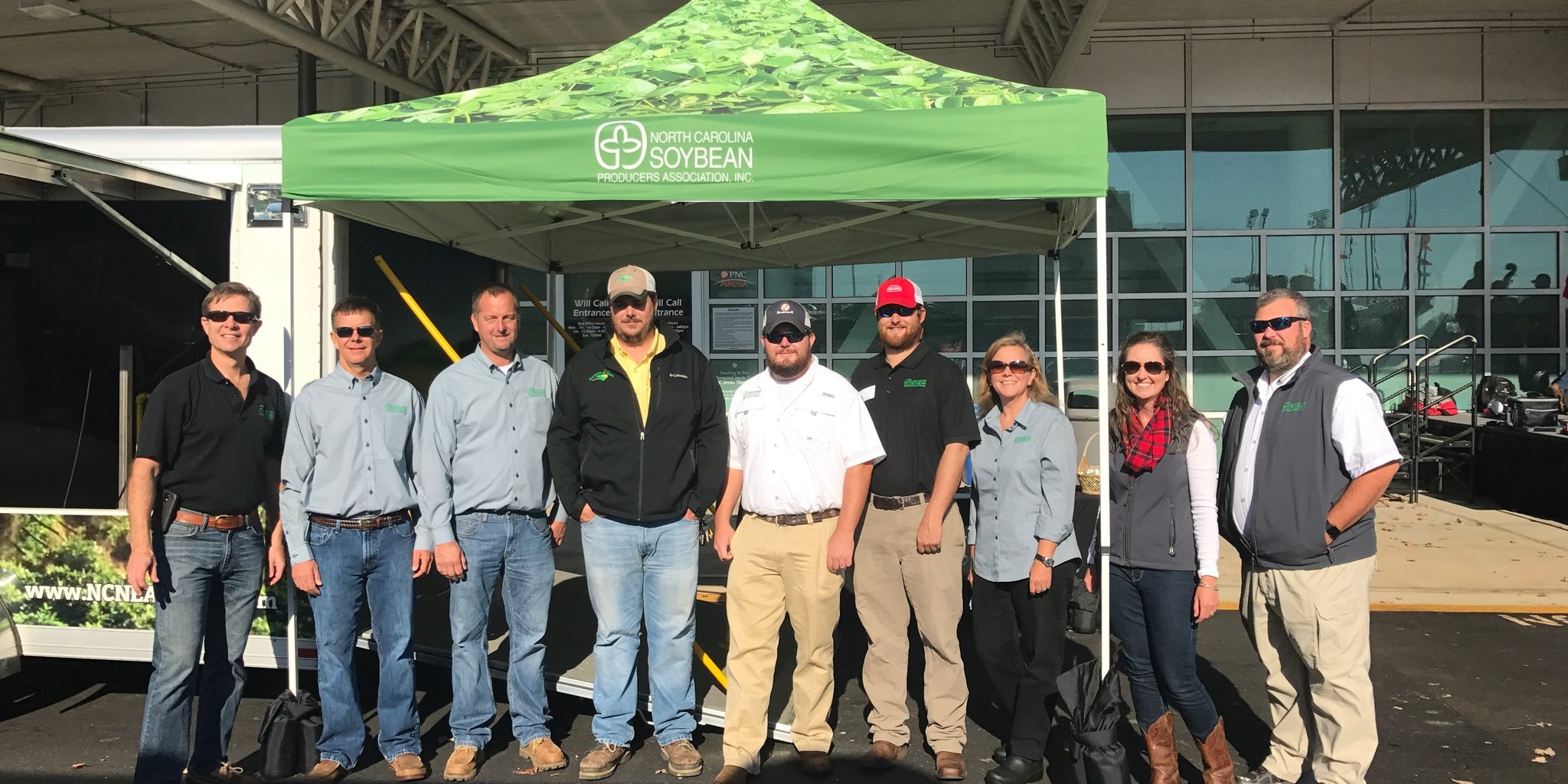 Every day is Ag Day in North Carolina, but on November 19th, farmers & agricultural leaders were recognized for their contributions to the state at the NCSU Wolfpack versus Miami football game. The North Carolina Soybean Producers Association was a proud sponsor of the 4th Annual Ag Day at N.C. State University. NCSPA had booths set up in both the Fan Zone and at the CALS Tailgate. 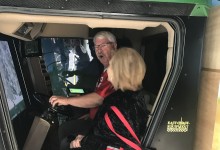 Outside in the Fan Zone, the Northeast Ag Expo Agri-Pride Simulator was the main feature and it was a hit! Everyone enjoyed the simulator from kids to N.C. Agriculture Commissioner Steve Troxler! The Agri-Pride Simulator, features the harvest of soybeans, wheat, cotton, and corn. The driver has their option of choosing their crop and will learn about that crop while they are harvesting. 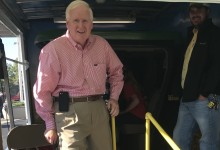 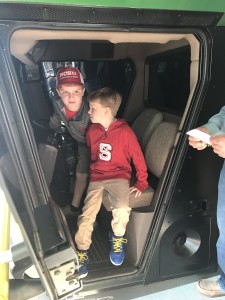 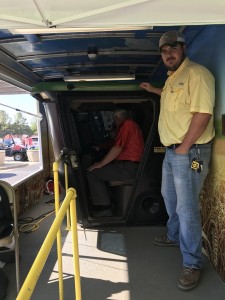 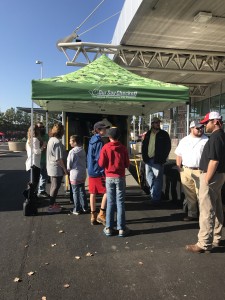 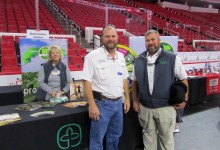 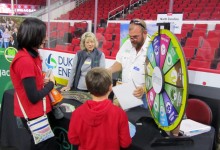 Tyson and Rogers testing a Wolfpack fan’s knowledge of N.C. Soy with the wheel. 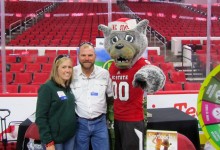 Even Mr. Wolf wanted to spin the wheel with Directors Jessica Burgess and Jeff Tyson

At the CALS Tailgate, the soybean wheel of knowledge was the main feature, testing all ages on their knowledge of North Carolina soy. This year, the premium item given out at Tailgate and at Fan Zone was lip balm made out of soy oil. 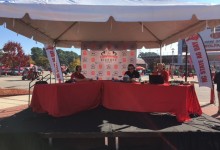 Director Isaac Boerema, giving an live on-air interview on the Count Down to Kickoff Show.

Also during pre-game festivities, soy board director Isaac Boerema was the guest on the Count Down to Kickoff Show that airs live on the radio. Boerema and his family were also featured in a video on the scoreboard during NCSU’s football game against Miami, where he and his wife Leah, talked about their family farm in Pantego, N.C.

During the first quarter of the game, Ag Leaders from across the state were invited onto the field as a thank you and representation for all that agriculture contributes to North Carolina. President Jeff Peed and Vice President John Fleming, were on the field representing NCSPA. 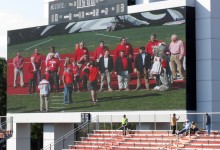 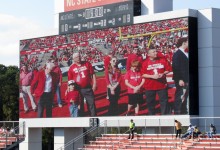 Category: Out and AboutBy Ashley ThomasNovember 22, 2016