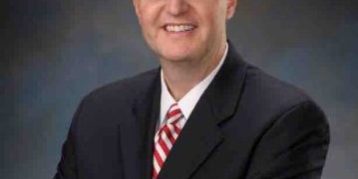 Not long after I left my international trade job at the North Carolina Department of Agriculture and Consumer Services, I met Ray Starling, a farm boy turned attorney who was starting a new job as the General Counsel in Agriculture Commissioner Troxler’s office. Ray proved to be a good friend to the soybean industry and turned his considerable knowledge and enthusiasm for growers to resolving some of our policy issues.  Then he left to serve as General Counsel and Senior Adviser to N.C. House Speaker Thom Tillis.  When Speaker Tillis won election to Congress and became Senator Tillis, Ray went with him to Washington, D.C. and eventually became his Chief of Staff on Capitol Hill.

Now we learn that Ray Starling has accepted a new position in the White House as Special Assistant to the President for Agriculture, Trade and Food Assistance on the National Economic Council (NEC) staff.  This hire demonstrates the administration’s commitment to working towards the goals and objectives of the nation’s farmers and ranchers.

NEC Chair and Assistant to the President Gary Cohn announced the key appointment today in a White House press release.  “We have assembled a best-in-class team of policy advisors to drive President Trump’s bold plan for job creation and economic growth,” Cohn said. “With their diverse backgrounds and deep knowledge of key policy issues, they will make significant contributions to the Nation.”

This specific position has been largely ignored or unfilled over the last eight years, and the appointment of Ray Starling sends a clear signal that the President plans to directly address the needs of agriculture in his national economic policy.

Congratulations to the White House for selecting such a capable North Carolinian as Ray Starling for this important position representing U.S. agriculture, and congratulations to Ray on his tremendous achievement.