Do Seed Treatments Pay on Soybean in North Carolina? 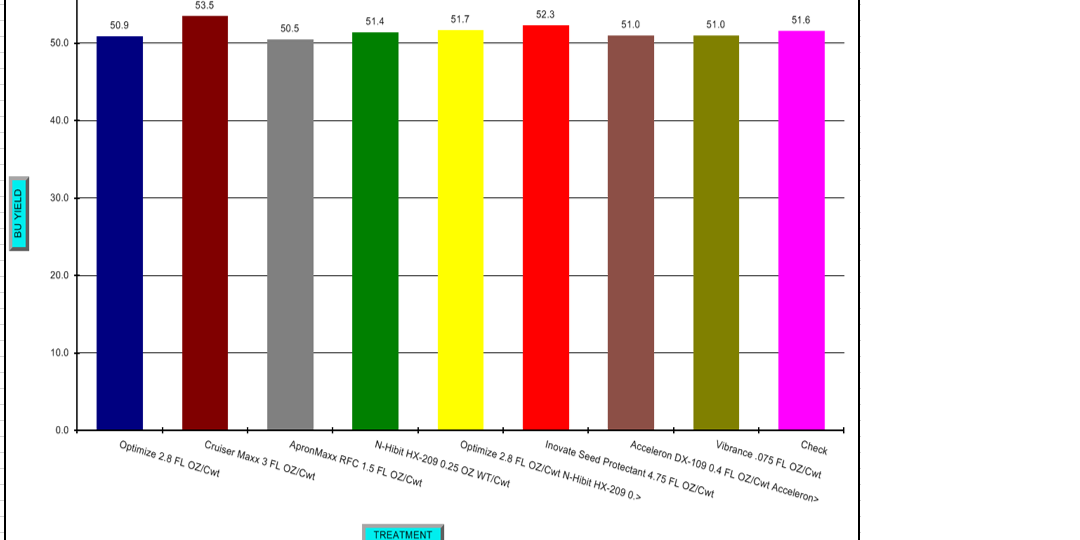 Traditionally molybdenum and bacterium to aide rhizobium with nodulation were the primary reason for treating seed with something other than fungicides to help maintain viability and quality during storage. As seed treatment technology progressed, various fungicides were found to help with early plant establishment where soil borne diseases such as pythium, rhyzoctonia, and others were historically a problem. Today the soybean producer is faced with many choices of products that can be placed on the seed. These range from fungicides, insecticides, biostimulants, root growth enhancers, proteins, micronutrients, cellular development products, and other numerous materials. Most of these seem to have merit, where particular production strategies are at work. We have excellent seed treatment facilities to apply these seed treatments. But are they worth the investment? Is it the smart thing to do?

Trial Summary:
Twelve seed treatment materials were chosen to include in this study conducted at five locations in eastern North Carolina. Two locations were in the lower coastal plain region (Belvidere and Pantego)and three were in the upper and southern coastal plain (Garysburg, Ayden, and Lumber Bridge). Each trial contained the same treatments, and was conducted with the identical randomized complete block design. The products were purchased, and were applied to the seed with the same seed treatment equipment, and then distributed to each trial location. The seed used for the study was Pioneer 95Y40. All trials were planted in early May using a full season production strategy.

In all individual trials, and in the grouped combination of all five trials, there was no increase that was significant above the check. This being said, there were slight increases noted, but nothing that would indicate that investing in the seed treatments tested during the growing season of 2014 was of benefit.

This data also supports the fact that using a neonicitinoid as a seed treatment is not recommended for use in soybean production in North Carolina. We must be smart and save this technology for use in other crops, such as cotton, where the benefits are potentially greater. Utilization of an insecticide as a soybean seed treatment will likely only create further resistance problems in North Carolina and the southeastern production area of the USA.