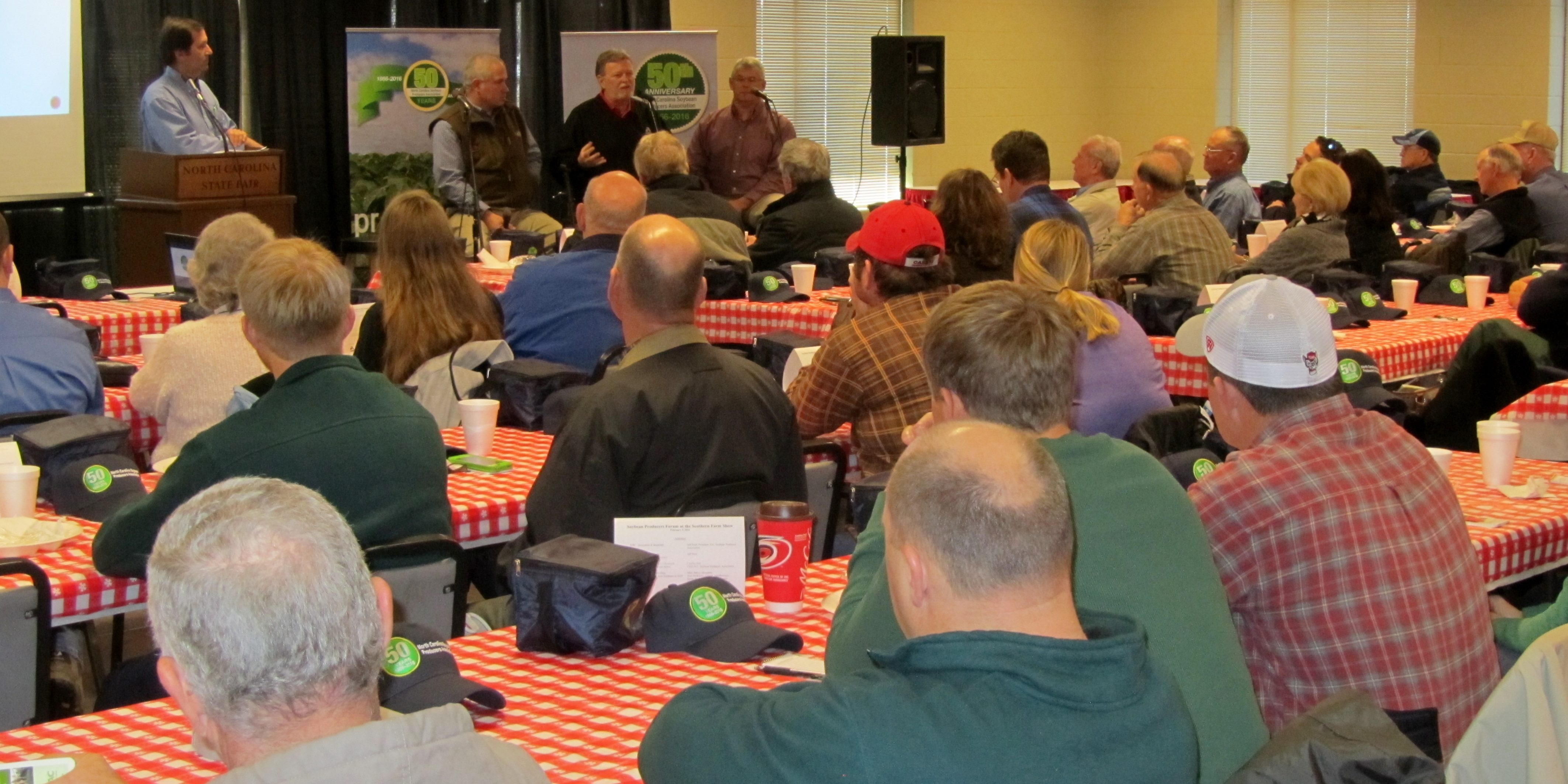 According to Yadkin County farmer Kevin Matthews, speaking to a reporter from Southern Farm Network following the 2016 Soybean Producers Forum on Feb. 5, seed quality issues with the maturity group fives, sixes and sevens means that seed treatments are an absolute must.  The Forum was held at the Southern Farm Show in Raleigh.

According to Matthews, “[farmers have] got to increase that vigor, seed treatments don’t make a zero-germ soybean a good soybean, that’s a myth, and I’m telling you that’s not how it works.  If you’ve got an 85-90% germ, and you put that seed treatment on that, chances are you’re going to maintain that and increase the vigor of that seed coming out of the ground.”

Seed quality was one of several issues address by a grower & industry panel moderated by Coastal AgroBusiness’s technical director Tom McKemie.  In addition to McKemie and Matthews, the panel included Pamlico County grower Derek Potter and Monsanto Territory Agronomist Mike Baker.  All agreed that the quality of seed selection for 2016 is not what farmers are accustomed to.

“It’s not just North Carolina, South Carolina, Georgia, basically everybody east of Arkansas, is dealing with that.  It’s a very serious issue, I encourage you to get your seed early, get it on hand, and check the quality of it when you get it,” said Matthews. 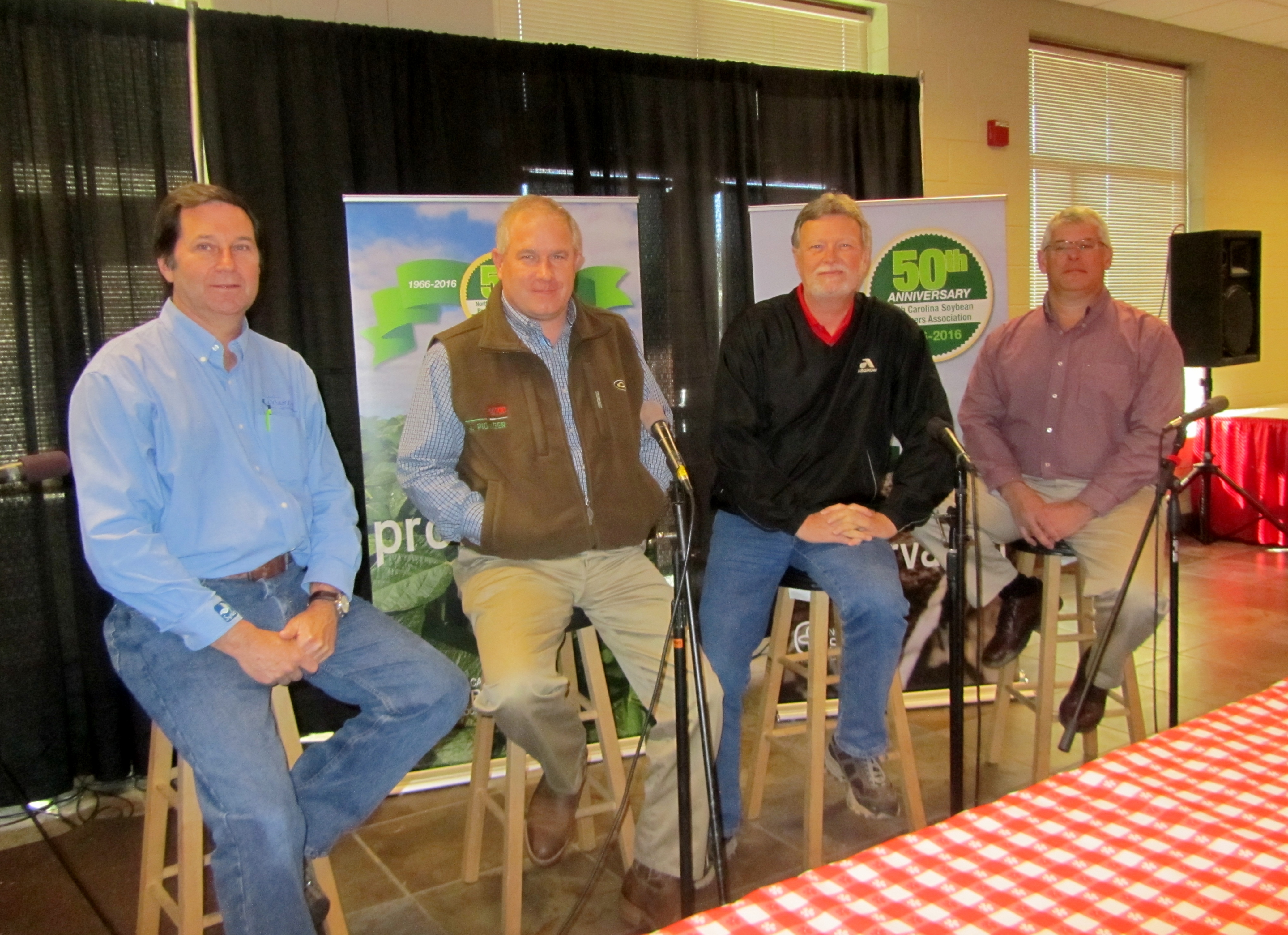