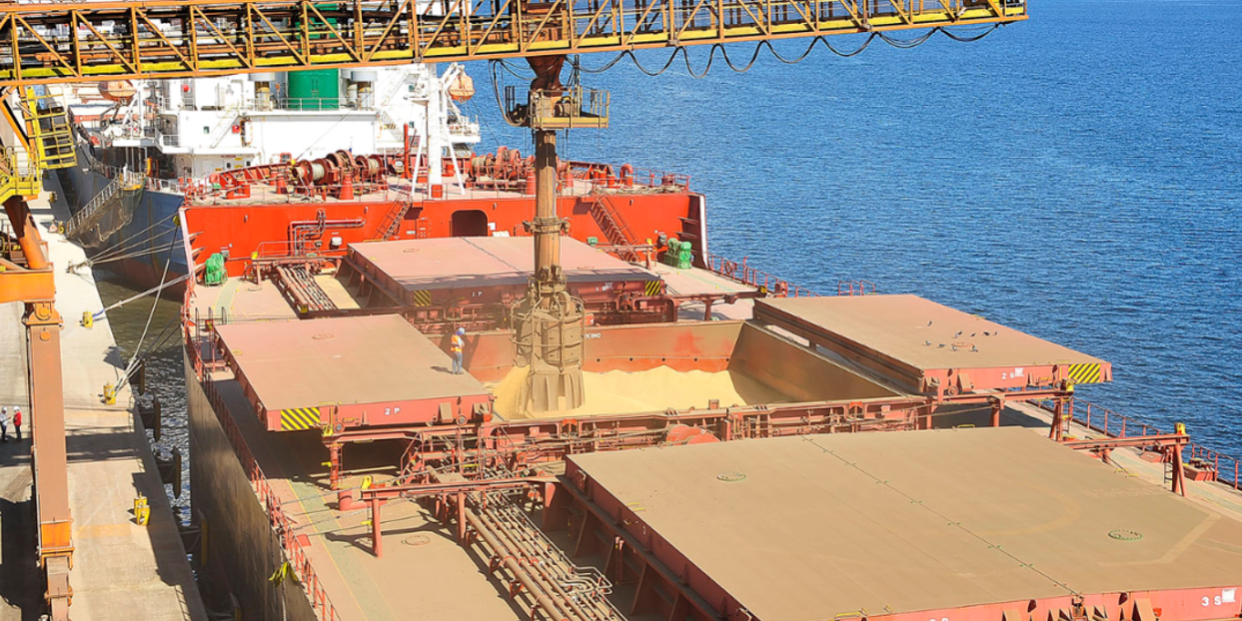 There are only four countries that export significant amounts of commodity soybean products – the United States, Brazil, Argentina and Paraguay. Although Brazil recently surpassed the United States in terms of production, with a growing world population, hungry for protein, there is no getting around the fact that the world needs US soybeans. In summer of 2018 – early days in the US-China trade war, with US soybean prices suffering under the weight of retaliatory tariffs, it may have been easy to lose sight of this fact.

Initially, US soybeans were effectively put on-sale (Diagram 1) as traders had to scramble to find new markets. As China pivoted to Argentina and Brazil to meet its import needs almost exclusively (Diagram 2), the US found new markets and revisited old ones, especially Europe. By late 2018, however, a funny thing began to happen. What started as a trickle of US soybean exports to Argentina (29,000 MT in June), quickly turned into a torrent, increasing to 2 million MT of soybeans by year’s end (Diagram 3) with traders purchasing discounted US beans for resale to China while only halfheartedly obscuring their origin.

Brazil was exporting beans to China at a record clip but as a far bigger producer with far larger stocks they had no trouble meeting this new demand – at least in year one. Going into 2019, however, beginning stocks were at 20 year lows, an early indication that the pace was not sustainable (Diagram 4). Brazil’s exports in 2019 dropped but not before stocks were whittled down further. By 2020, though, a repopulated Chinese hog sector needed to be fed. The trade responded but in the process Brazil’s export commitments plus domestic demand began to exceed domestic supply. 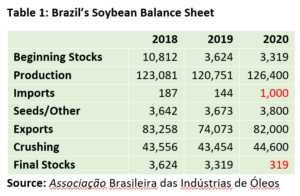 As a result, 2020 saw the first US soybean exports to Brazil in at least a decade, with 30,000 MT leaving New Orleans the first week of November, just two weeks after the Brazilian government temporarily suspended import tariffs. Brazil’s own Oilseed Association (ABIOVE) has estimated that the country will need to import a record million tonnes this year (Table 1) and a half a million tonnes in 2021, all of which should be provide continued support to US prices – trade wars notwithstanding.