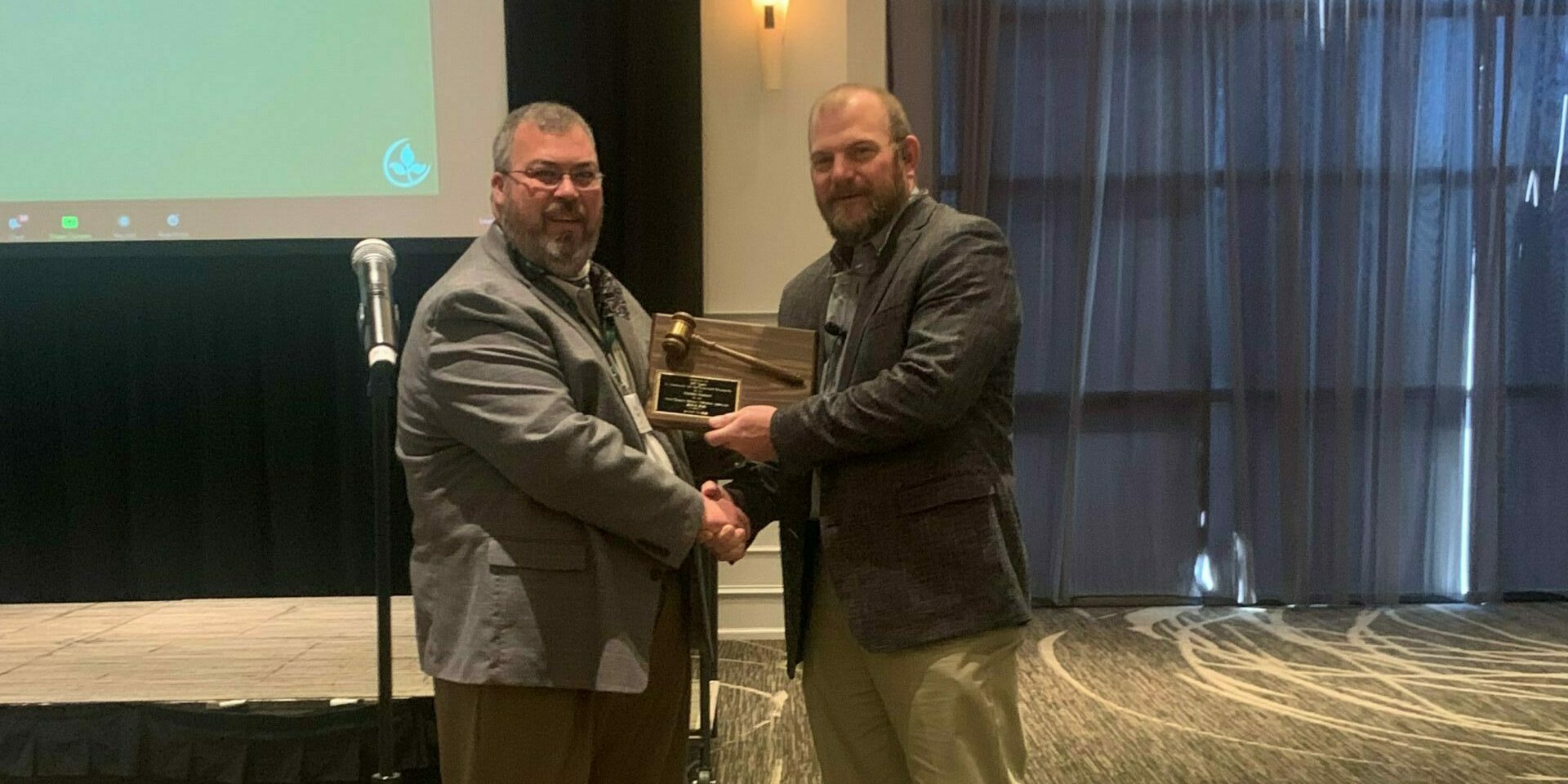 Each year, the North Carolina Soybean Producers Association recognizes those who have gone above and beyond to serve the N.C. soybean industry. This year, three individuals stood out among the crowd as deserving the top honors from the Association.

Jeff Tyson was awarded last week with NCSPA’s President’s Award during the 54th Annual Meeting of the North Carolina Soybean Producers Association. Tyson has been on the Board of Directors since 2009 and served as the 30th President of the Association from January 2019 through January 2021. Tyson also served two-year terms as Vice President and Secretary and will serve as Treasurer for the next two years. During Tyson’s term as President, he oversaw the expansion of the research program, development and execution of a new strategic plan, a diversification of the outreach program and was also actively involved in the Association’s advocacy efforts. Jeff Tyson ensured that the Association’s investments, both SPARC & Non-SPARC, would provide the best return for N.C.’s soybean farmers. Oncoming President, David Heath, presented Tyson with the award in the above picture.

This past November, Beth Holleman was awarded with NCSPA’s Annual Meritorious Award. Holleman retired from NCSPA this past August after working for fourteen years in the role of accounts manager. Her time with NCSPA saw tremendous growth and change, with bean prices ranging from $6 to $16, starting the NC SoyPAC, and leadership changes. While retiring can be a big transition, we know that she is enjoying her time gardening, spending time with her sisters and family, as well as traveling. Thank you, Beth, for all that you have done for our association and all NC soybean growers over the past 14 years. Your wisdom, story, and laughter will be deeply missed! Jeff Tyson, President at the time, awarded Holleman with the award in the picture below.

Last but definitely not least, Dr. Tommy Carter has been selected for the 4th Annual Dr. Jim Dunphy Award. Dr. Carter retired from USDA-ARS and Nitrogen Fixation Unit this summer after 30+ years in the soybean industry. There he was a soybean breeder, head of the unit since 2011, and the facility’s leading research geneticist since 1981. Dr. Carter has worked tirelessly for over 30 years to bring soybean growers the materials they need to continue to increase yield and profitability, specifically in the area of stress tolerance. His work has become synonymous with efforts to increase genetic diversity and improve drought tolerance of soybean varieties in the U.S., and some even refer to him as the “Grandfather of Soybean Drought Genetics”. Dr. Carter could not join us at our Annual Meeting last week, but we hope to present him the Dr. Jim Dunphy Award in person, in July 2021.