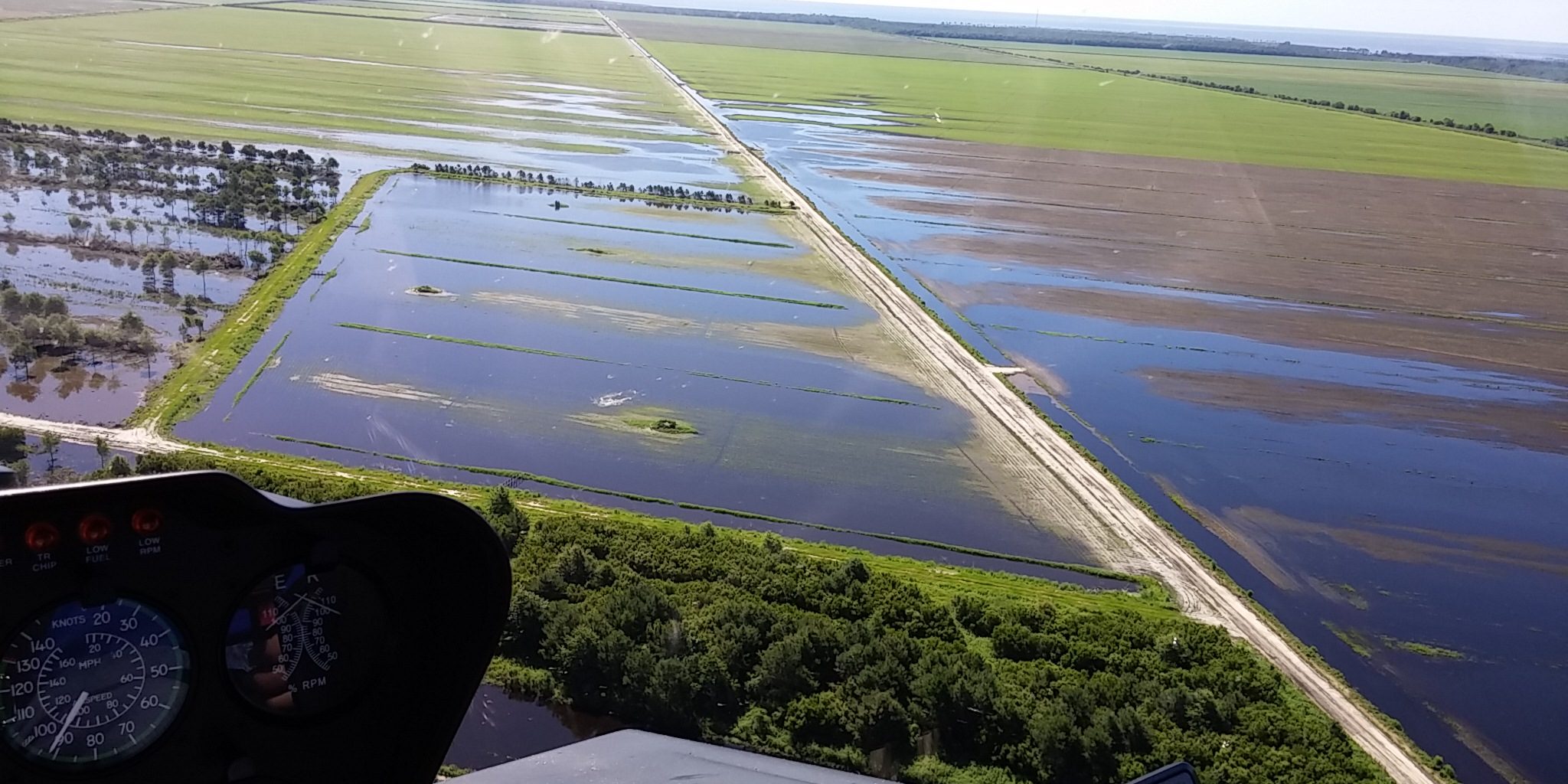 The U.S. Department of Agriculture announced this week that producers who have been affected by 2018 & 2019 natural disasters will now be able to apply for assistance through the Wildfire and Hurricane Indemnity Program Plus (WHIP+). The program’s creation was authorized by the Supplemental Relief Act of 2019 passed by Congress and signed by President Trump at the beginning of June; $3 billion being set aside for agricultural assistance. The disaster package was created after the South experienced a brutal 2018 hurricane season and was finally moved through after the Midwest experienced flooding this spring. Growers and livestock producers who were affected by Hurricane Dorian are also able to apply for assistance through WHIP+.

Signups will begin on September 11, 2019 through your local Farm Service Agency Office (FSA). The program is designed to build on the success of 2017 WHIP while covering losses for milk dumped, losses of stored commodities and prevented planting supplemental disaster payments. Producers who did not insure their crops in 2018 or 2019 will receive 70 percent of the expected value of the crop. Insured crops (either crop insurance or NAP coverage) will receive between 75 percent and 95 percent of expected value; those who purchased the highest levels of coverage will receive 95-percent of the expected value.

Below is USDA’s press release on eligibility, payment limitations and other parts of the program. You can also find the press release here.

WHIP+ will be available for eligible producers who have suffered eligible losses of certain crops, trees, bushes or vines in counties with a Presidential Emergency Disaster Declaration or a Secretarial Disaster Designation (primary counties only). Disaster losses must have been a result of hurricanes, floods, tornadoes, typhoons, volcanic activity, snowstorms or wildfires that occurred in 2018 or 2019. Also, producers in counties that did not receive a disaster declaration or designation may still apply for WHIP+ but must provide supporting documentation to establish that the crops were directly affected by a qualifying disaster loss.

A list of counties that received qualifying disaster declarations and designations is available at farmers.gov/recover/whip-plus. Because grazing and livestock losses, other than milk losses, are covered by other disaster recovery programs offered through USDA’s Farm Service Agency (FSA), those losses are not eligible for WHIP+.

WHIP+ is only designed to provide assistance for production losses, however, if quality was taken into consideration under federal crop insurance or the Noninsured Crop Disaster Assistance Program (NAP) policy, where production was further adjusted, the adjusted production will be used in calculating assistance under this program.

Eligible crops include those for which federal crop insurance or NAP coverage is available, excluding crops intended for grazing. A list of crops covered by crop insurance is available through USDA’s Risk Management Agency (RMA) Actuarial Information Browser at webapp.rma.usda.gov/apps/actuarialinformationbrowser.

WHIP+ payments for 2018 disasters will be eligible for 100 percent of their calculated value. WHIP+ payments for 2019 disasters will be limited to an initial 50 percent of their calculated value, with an opportunity to receive up to the remaining 50 percent after January 1, 2020, if sufficient funding remains. Importantly, this cap on 2019 payments represents a clear win for NC growers impacted by Florence, which would have otherwise risked the $3 billion in funding being spread very think by prevent-plant claims on 2019 Midwest acres.

Agricultural producers faced significant challenges planting crops in 2019 in many parts of the country. All producers with flooding or excess moisture-related prevented planting insurance claims in calendar year 2019 will receive a prevented planting supplemental disaster (“bonus”) payment equal to 10 percent of their prevented planting indemnity, plus an additional 5 percent will be provided to those who purchased harvest price option coverage.

As under 2017 WHIP, WHIP+ will provide prevented planting assistance to uninsured producers, NAP producers and producers who may have been prevented from planting an insured crop in the 2018 crop year and those 2019 crops that had a final planting date prior to January 1, 2019.

Both insured and uninsured producers are eligible to apply for WHIP+. But all producers receiving WHIP+ payments will be required to purchase crop insurance or NAP, at the 60 percent coverage level or higher, for the next two available, consecutive crop years after the crop year for which WHIP+ payments were paid. Producers who fail to purchase crop insurance for the next two applicable, consecutive years will be required to pay back the WHIP+ payment.

The Milk Loss Program will provide payments to eligible dairy operations for milk that was dumped or removed without compensation from the commercial milk market because of a qualifying 2018 and 2019 natural disaster. Producers who suffered losses of harvested commodities, including hay, stored in on-farm structures in 2018 and 2019 will receive assistance through the On-Farm Storage Loss Program.

Additionally, the disaster relief measure expanded coverage of the 2017 WHIP to include losses from Tropical Storm Cindy, and peach and blueberry crop losses that resulted from extreme cold.

TAP traditionally provides cost-share for replanting and rehabilitating eligible trees. WHIP+ will provide payments based on the loss of value of the tree, bush or vine itself. Therefore, eligible producers may receive both a TAP and a 2017 WHIP or WHIP+ payment for the same acreage.