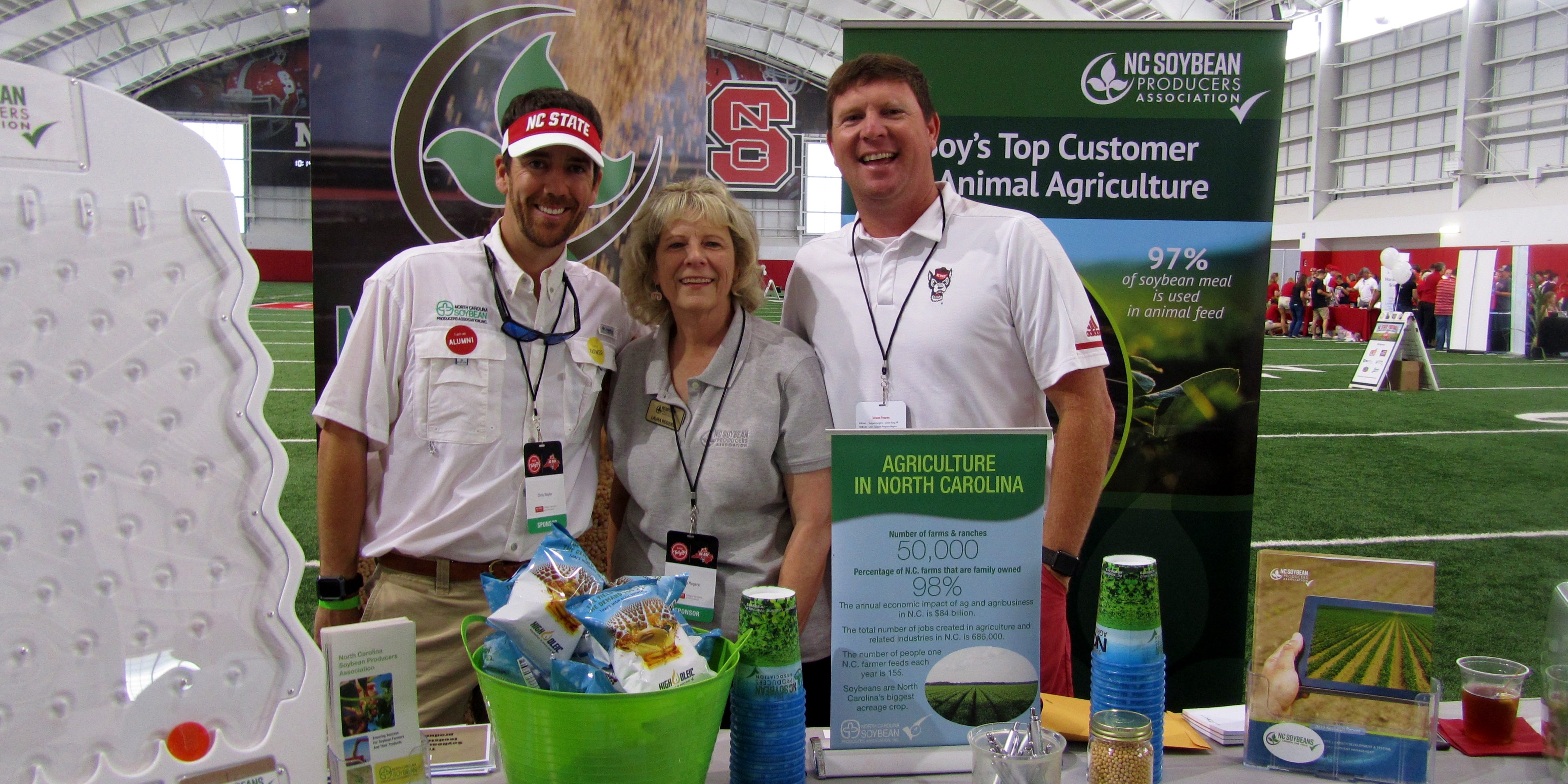 Alumni, students, friends, and family all joined in the fun of the 7th Annual NCSU Ag Day Football at Carter-Finely Stadium on Saturday, September 7th. As a part of the festivities, some 1100 fans attended the CALS Tailgate and enjoyed the many exhibits surrounding the field at Close-King Indoor Practice Facility. There, fans looking to learn more about agriculture visited the NCSPA booth and with a “drop of the disc” could try their luck at the soybean Plinko game, answering soybean questions and winning prizes. Meanwhile, the Fan Zone located between Carter-Finely and PNC Arena provided similar community outreach with a steady stream of visitors looking to learn more about North Carolina’s most important crop.

NCSPA Vice President David Heath, from Dover, N.C. stood at attention on the field as the NC Soybean Producers Association was recognized on-field during the opening ceremony for the game. The association also presented a jumbotron video during the second quarter with Director Ben Long of Scotland Neck, joined by his family, thanking consumers of their support of the state’s agricultural sector. For their part, the Wolfpack was able to cap the day’s successes with a 41-0 win over the Catamounts of Western Carolina.

Other soybean board members assisting staff at the event were Bert Dixon from Maury, Chris Naylor from Clinton, Gary Hendrix from Raeford and Trey Liverman from Columbia, NC. The NC Soybean Producers Association has been a proud sponsor and partner of the CALS Tailgate and the Wolfpack Fan Zone over the past several years.  It is through these partnerships that the Soybean Association can help strengthen the bonds between the ag sector and the broader community.