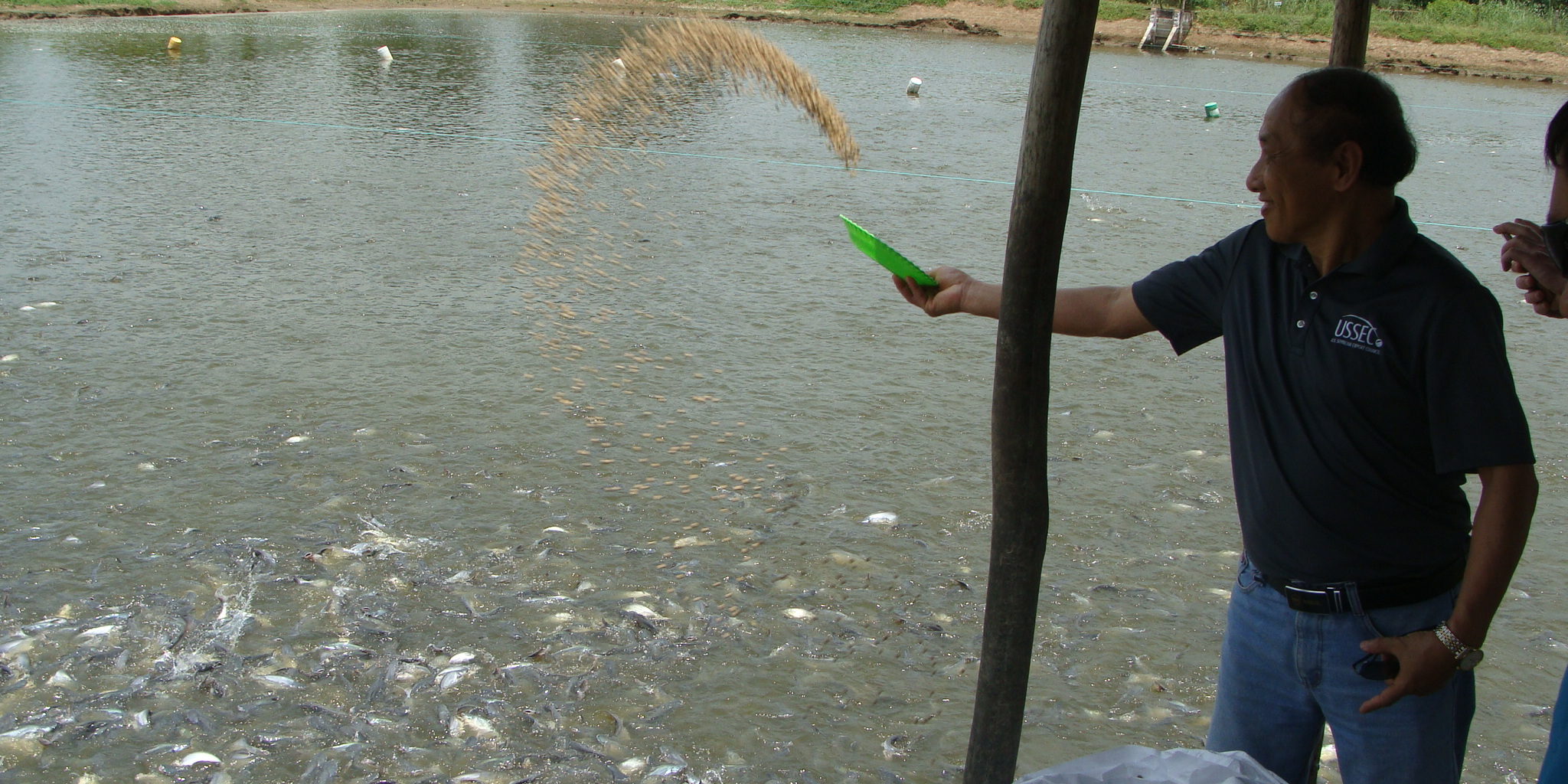 Fish farmers in Asia are a large and growing market for U.S. soy producers.  A 1 hectare pond in the Mekong Delta of south Vietnam will produce 360 tons of fish annually.  There are thousands of these ponds in the region, and USSEC is working to improve their efficiency.  The fish diet is a pelletized feed that is approximately 30% soy.  Feed millers have adopted soy in fish diets as a good alternative for a number of reasons, including safety and sustainability.

In addition to feeding farm-raised fish, Vietnam ranks 5th in the world in swine production.  That may come as a surprise, but Vietnam imports 70% of its feed ingredients, and that’s good for U.S. soy producers.