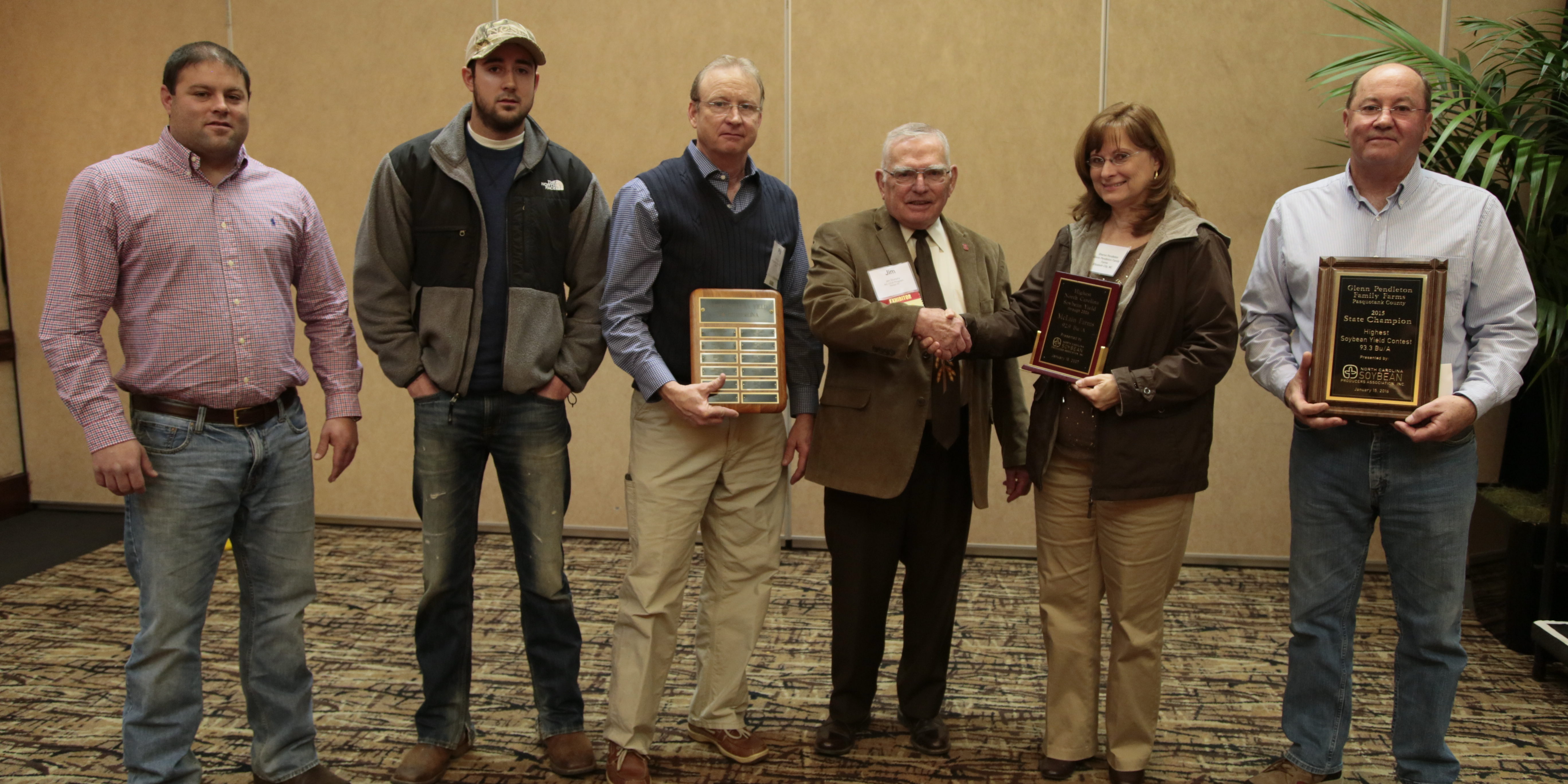 Glenn Pendleton Family Farms received a plaque and one expense-paid trip to Commodity Classic, the national conference and trade show for the U.S. corn, sorghum, soybean and wheat industries, in New Orleans, La. on Mar. 3-5, 2016. Pasquotank Co. extension agent, Al Wood, was the soybean agent for the Pendleton’s entry. Wood will receive one expense-paid trip to Commodity Classic for his role in producing the winning yield.

Neil Manning of Washington Co. was runner-up with a yield of 89.9 bushels per acre. The Washington Co. soybean agent assisting with production was Anna-Beth Stewart. Manning received the second place award.

Angela Berben of Washington Co. received the third place award with a yield of 84.4 bushels per acre. The soybean agent was also Anna-Beth Stewart of N.C. Cooperative Extension in Washington Co.

Area winners in the yield contest were:

The area yield winners each received a plaque and a $50 cash award from the North Carolina Soybean Producers Association. All soybean growers producing a yield of 70 bushels or more per acre were recognized with a certificate by the North Carolina Cooperative Extension Service. The contest is based on yield from a measured and verified three-acre plot. The state record entry of 92.9 bushels per acre was set in 2006 by Phil and Mike McLain of Iredell Co.

In the annual Most Efficient Yield Contest, Sholar Farms of Duplin Co. placed first in the state with a per bushel cost of $3.73. Amanda Hatcher was the agent. Tyler Sholar received the first place award on behalf of Sholar Farms from Tom Melton at the Annual Commodity Conference on Jan. 15. Sholar Farms received an expense-paid trip to the Commodity Classic in New Orleans, La., Mar. 3-5, 2016.

The Most Efficient Yield Contest rewards producers for achieving the lowest cost of production for soybeans on a per bushel basis. Other area winners in the most efficient yield contest were: