Ag at the Ball Park 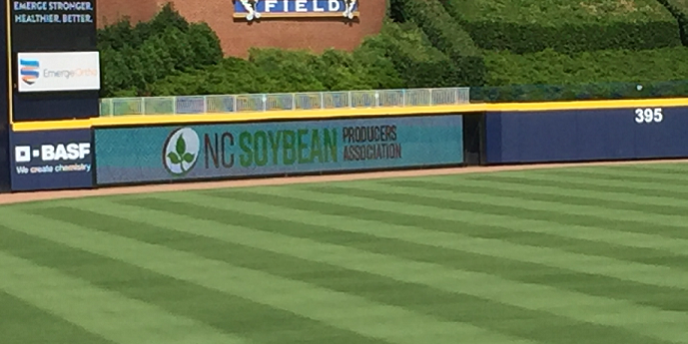 NCSPA, board members, staff and other guests enjoyed celebrating agriculture last night at the Durham Bulls game vs. the Columbus Clippers. The Bulls did not win the game, but agriculture did because thousands of fans got to learn a little more about what farmers do and how important agriculture is to North Carolina.

These messages were promoted many times throughout the night in remarks during a presentation on the field, in a trivia contest during the game, in signage in the ball park, at the NCSPA booth and on a live interview during the radio broadcast of the game. It was a great night for the NCSPA and for agriculture! It’s a home run in our book to help thousands of fans enjoying America’s pastime learn a little bit more about farming, one of America’s most important jobs.