Healthy farms as a buffer to sprawl; an emotional appeal to modern consumers 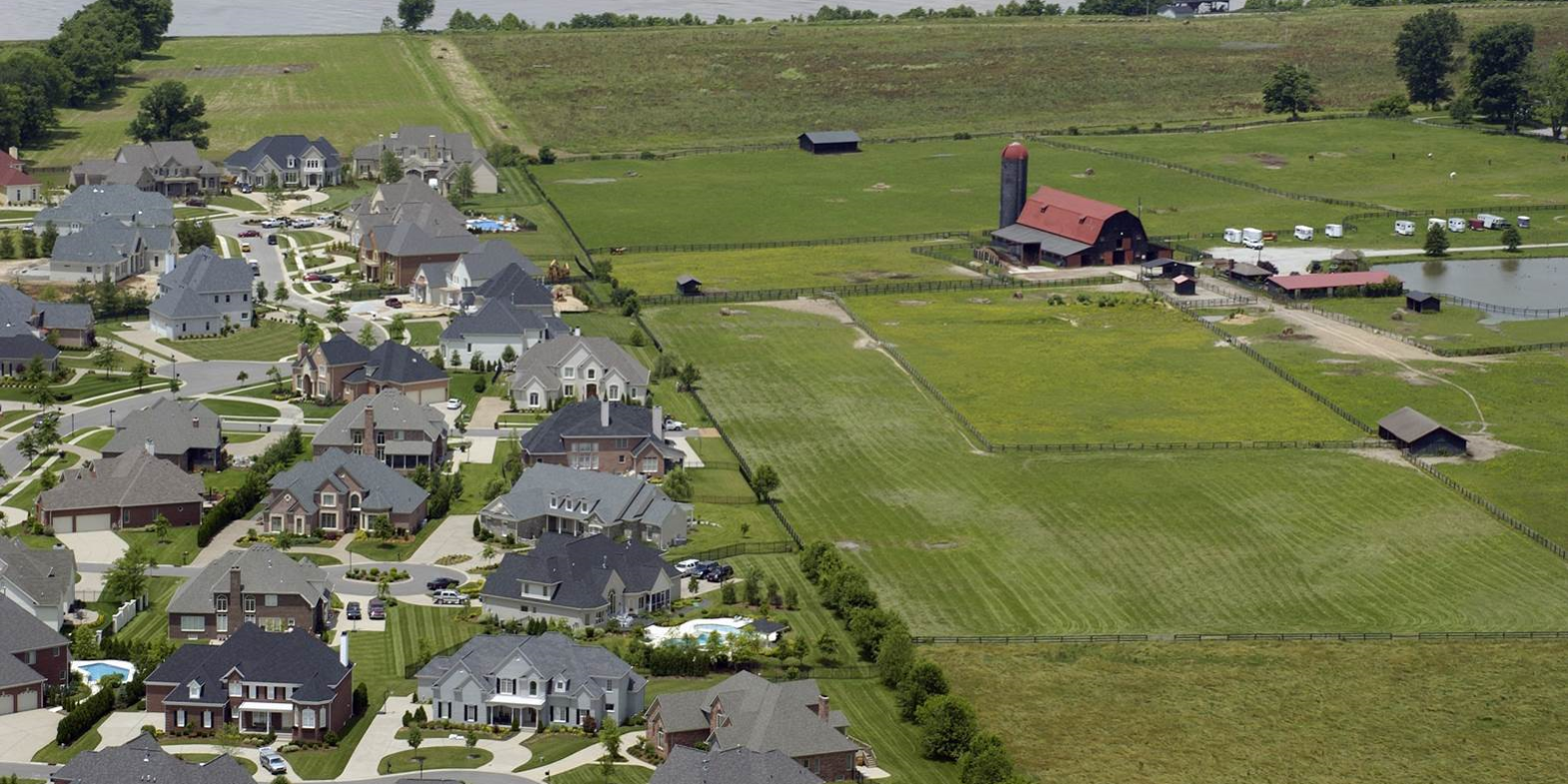 For many years, the agricultural sector has tried to connect with its customer base by highlighting the ways in which scientific advancements and improved farming practices have contributed to a global food supply which is safer, more abundant and lower cost. While this line of reasoning resonated strongly with older generations, who lived through economic depressions and wartime rationing, it seems to carry less weight with younger Americans, many of whom view food insecurity as a thing of the past. With low-cost food now taken for granted, the farming community has increasingly found itself under attack in ways that would have been unthinkable a generation ago. These affronts to agriculture often come from a place of privilege or ideological difference with recent examples including the nuisance lawsuits in North Carolina and threats to deny growers access to key crop protection tools at the national level.

Recognizing that some of the traditional appeals from modern agriculture for the hearts and minds of consumers have fallen flat, we are using this blog post to explore the potency of new emotional appeal: The importance of a thriving agricultural sector as a buffer to suburban sprawl and farmland loss. After all, it would seem that individuals with the luxury of casting doubt on conventional agricultural practices might be among the most appreciative of the views it affords.

Farmers are rightfully proud of the advancements made by modern agriculture – allowing them to produce more food on less land and at lower cost. With precision agriculture these efficiency gains have extended even further, making it possible for producers to cut back on fuel and chemical inputs in the process.

There are many ways and datasets that can be drawn upon to depict these advancements and we have chosen two below. In Figure 1, we attempt to distill the argument for modern agriculture down to some of the most basic takeaways for a consumer audience. The modern suite of tools available to today’s growers, coupled with their own gains in farming expertise has allowed farms to become more productive, which has translated into lower costs for consumers. While this diagram paints the picture for soybeans specifically, the reality is that these same observations would be made across a wide array of agricultural commodities, meats, fruits and vegetables.

Not only have farmers and the scientific community insured that Americans have a safe and low-cost food supply, they have also partnered to ensure that food is among the safest in the world. While food safety can be difficult to quantify, a 2014 Canadian study has done exactly that, placing the US in the top-tier of developed countries and well ahead most of the world. Figure 2, meanwhile, shows improvements in US food safety over time with a halving of the incidence of food-borne illnesses reported by CDC since it began its electronic record keeping in 2017.

Yet, despite all of the gains delivered by the agricultural sector in the form of food that is safer, more affordable and abundant, consumers skepticism toward modern conventional agriculture seems to have increased in recent years. This is borne out in part by the kind of anecdotal evidence laid out in the introduction, namely an uptick in lawsuits against the agricultural value chain in recent years but also in hard data showing an increase in consumption of organic and other green-haloed products, which is in its own way, a rejection of conventional agriculture. The reasoning for this increased skepticism is unclear but is probably rooted in the fact that Americans are becoming more generations removed from the farm and more ignorant of farming practices. Also, perhaps that when food is cheap and abundant, cheap and abundant food is no longer enough.

Consumers still see something in farms, even if they take ample and affordable food for granted

There is an ancient Byzantine proverb that says; “Those with food have many problems; those with no food have only one”. Taken to its logical extreme ample and affordable food allows people to agonize over things like Netflix release dates and Facebook likes. Staying within the confines of agriculture, however, ample and affordable food gives consumers the luxury of developing eclectic and esoteric tastes when it comes to food – with the most passionate consumers passing this along as a series of demands to the agricultural value chain. While the agricultural sector works to develop markets for some of these newfound tastes and, through consumer education and advocacy – reign in some of the most unrealistic demands, there may be effective appeals from agriculture that fall outside of food that can be made in the near term.

In Figure 3 we present two images and ask the question of which one feels like a more immediate threat to today’s urban constituency. While food insecurity may seem like a thing of the past, especially in today’s booming economy, suburban sprawl is something that most people view as a tremendous loss. For some, the concern can be highly individualistic, centered around concerns of lost views, congestion, or lower property values. For others, it can be more altruistic signifying the loss of a way of life or environmental unsustainability. Regardless, with the argument of safe and abundant food falling on deaf ears, the agricultural sector needs to do a more effective job of communicating the threat of land loss and suburban sprawl when the farming community is not supported, or worse, under attack.

North Carolina has been one of the fastest growing states in the country, ranking 4th in absolute population growth and 9th in relative growth between 2010 and 2018. Counties adjacent to metropolitan areas have been under the greatest pressure. In figure 4 we examine the case of Wake County, home to the state’s capital city, Raleigh – one of the nodes of the Research Triangle.

Beginning with satellite photography from 2003 and 2018, we then used the supervised training capabilities of ArcGIS software to identify land use across five categories plus water. Looking at the resulting images, one clearly observes an explosion in urban and suburban development over the past 15 years at the expense of farmland and forestry. In addition to the resulting image, the software also allows us to quantify the changes in land use over the fifteen-year period. We present these changes in Figure 5, illustrating a 53% drop in agricultural/grassland, a 27% drop in forestland, a 22% increase in land devoted to suburbs and a 60% increase in urban land use. While the restaurant scene has arguably improved most residents would agree that through rampant, sprawling growth, Wake County has lost much of what made it special to begin with. Using USDA census data one can tell a similar story for the state at large, which has collectively lost 1.3 million acres of agricultural land since the 1997 agricultural census.

While economic growth can be good, sprawl, from where most people sit, is bad. Sprawl happens in part due to lax zoning, but also when land is made incredibly cheap to developers by virtue of being worth very little for other uses. As the Wake County satellite-based data indicates, more often than not, this alternative use is in agriculture. While farm viability is determined by many factors, community and legislative support would be chief among them. With arguments of the impressive strides American farms have made in making food abundant and more affordable largely falling flat it is time for the sector to explore new emotional appeals to consumers. From the perspective of this kid from the suburbs, emphasizing the importance of healthy, profitable farms as a buffer to sprawl may be just the ticket.