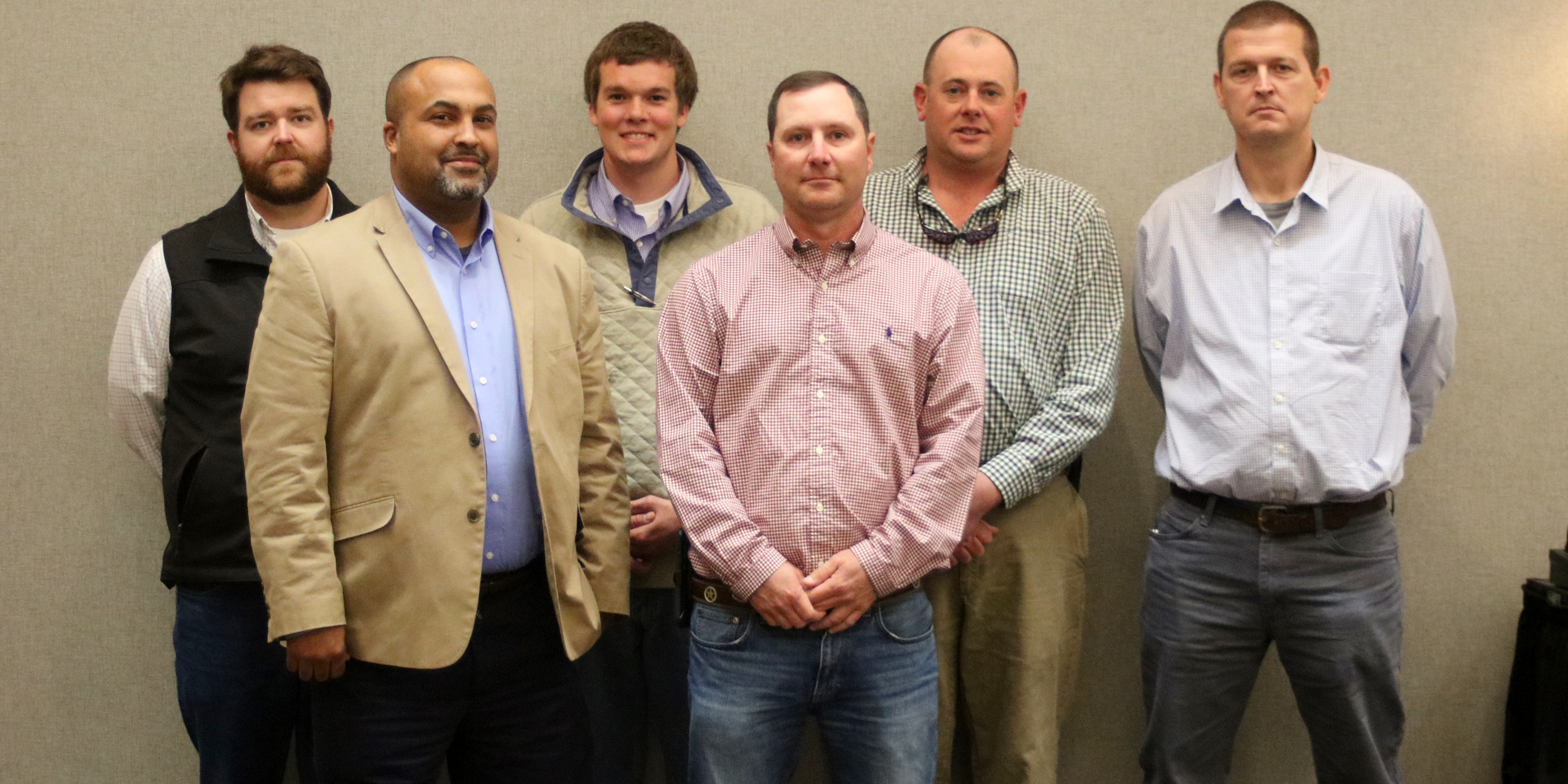 The NC Soybean Producers Association held their 53rd Annual Meeting during the NC Commodities Conference last week. President Jeff Tyson called the meeting to order on Thursday January 9th, 2020 and began updating the growers in the state on the happenings of the association of the past year. During the meeting, seven growers from across the N.C. were elected to their first term on the Board of Directors. As per the bylaws, these directors will be eligible to serve two consecutive, three-year terms and are responsible for overseeing the research, market development, communications, and the advocacy work of the association on behalf of N.C. soybean farmers.

Also, during the NC Commodities conference, the Board of Directors held their annual elections for Officers and Executive Committee. All Officers were reelected to their seats starting with President Jeff Tyson of Nashville, Vice President David Heath of Dover, Secretary Gary Hendrix of Raeford and Treasurer John Fleming of Scotland Neck. The board also elected four additional directors to the Executive Committee: Philip Sloop of Mount Ulla, Greg Manning of Nashville, Trey Liverman of Columbia and Forrest Howell of Plymouth.  “I look forward to continuing working with our great team of officers and serving both the board and all of the N.C. soybean growers as President for a second year,” Tyson commented on his reelection. A big part of their goal for 2019 had been developing a new strategic plan for the board, one that they hope to begin putting into action this year.

The association would also like to give a special thanks to the directors who have just rotated off the board for their years of dedication and commitment to the agriculture community. While their time on the NCSPA’s board may have come to an end, we know that these leaders will continue to advocate and be a voice for their fellow framers.