Soybeans at the State Fair, in the History Museum, and All Around 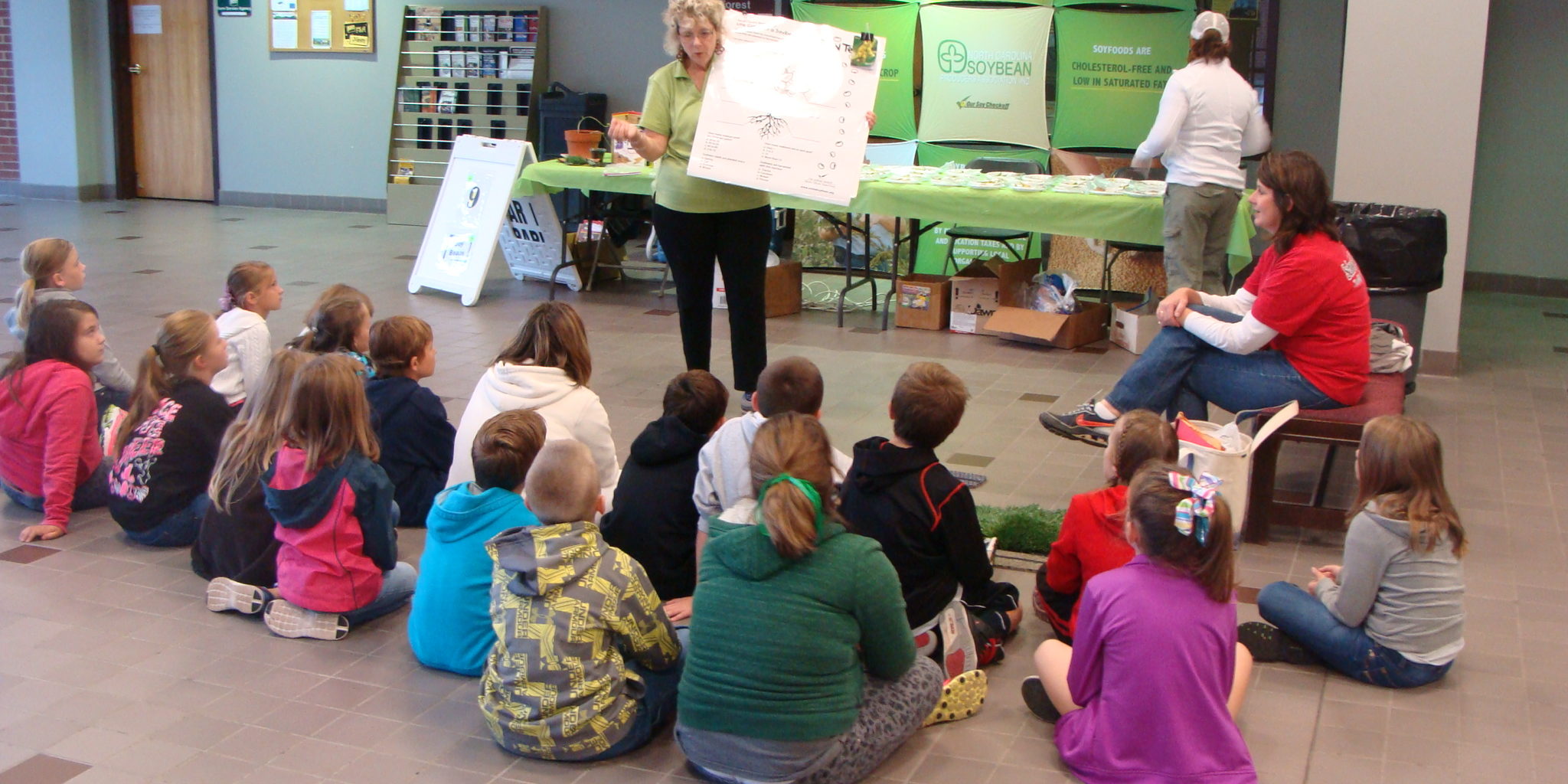 The association has been reaching out to consumers this fall 2013. The soybean fountain and educational messages about soybean production and seed technology at the North Carolina State Fair were seen by tens of thousands of people. The fountain turned out to be very popular with most visitors feeling compelled to sink their hands down into the basin filled with soybeans.

The association has been in front of a lot of school children this fall. This includes agricultural days at the county level (Hoke County, Stanly County and more) and through our Capitol Backpacks program at the N.C. Museum of History in Raleigh. We’ve provided more than 1000 soybean seed germination kits and other soybean educational items in just a few weeks so far.

All of this is aimed at promoting soybean farmers’ freedom to operate.

Freedom to operate means the same thing as social license to farm. It means that agricultural practices are broadly and generally accepted by most people in society. It means that agriculturalists accept most production practices as state-of-the-art, and that laymen have a generally favorable attitude to what goes on at the farm. It does not mean that producers get to operate without responsibility or with special exemptions from the law, or without using best practices or using good sense. For example, there is no social license to make bad decisions even with the best of intentions. And that’s as it should be.

Agriculture needs to be savvy when it comes to consumer messaging, in large part because of the velocity and volume with which messages of all sorts reach today’s consumer, and perhaps more importantly because of the technologies that consumers choose to access information. Old assumptions die hard, but they do die. Consider the fading of the decades-old fascination with the automobile. Younger consumers perceive the car as a tool for transportation. These consumers are much more likely to be excited about the new model of a smart phone than the new model of a car. Similarly, it is not the case that people have a misunderstanding about agriculture or have a nostalgic view on agriculture. Consumers have all the information they need and want, so they have a valid understanding based on a big volume of high velocity information. If agriculturalists in the mainstream are falling behind, that’s agriculture’s challenge, and no fault of the consumer.