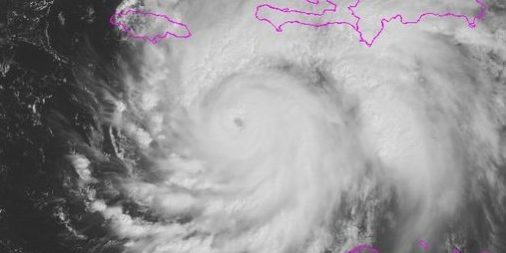 On the recommendation of Agriculture Commissioner Steve Troxler, Governor McCrory issued a temporary suspension of vehicle weight enforcement for vehicles hauling agricultural products, including live animals, feed, and crops ready for harvest including soybeans for 66 counties in eastern and central N.C.

According to a memo sent by the N.C. Dept. of Agriculture & Consumer Services and signed by Troxler, “with the potential impact of Hurricane Matthew and the threat of severe economic loss of livestock, poultry, feed and crops ready to be harvested, Governor McCrory has issued a state of emergency for 66 counties in eastern and central North Carolina. At my recommendation and pursuant to N.C. Gen. Stat. § 166A-19.70(g), the Governor has directed the Department of Public Safety to temporarily suspend weighing those vehicles used to transport these items in the emergency area. The Governor has also declared that the maximum hours of service for drivers prescribed by N.C. Gen. Stat. § 20-381 should be waived.”

If stopped by enforcement officers while in one of the covered counties, drivers should refer to Executive Order No. 108, issued October 3, 2016, suspending weighing and hours of service limitations. A copy of Order No. 108 can be obtained by calling the N.C. Soybean Producers Association at 1-800-839-5775 or emailing ncsoy@ncsoy.org/.

Drivers should note that maximum GVWR,  tandem axle weight of 42,000 lbs and single axle weight of 22,00 lbs, and vehicle length restrictions of 12 ft. wide and 75 ft. long still apply, and posted bridges are not included in this order.