A disclaimer before we start:

We do NOT recommend planting soybeans back-to-back year after year.

Planting any crop back-to-back year after year increases the potential for pests and problems to build up. You may not see these problems after one year, but eventually, something will become an issue and it may be a problem that is difficult to control.

However, we understand that in some places in North Carolina rotation every year is not an option. Also, current economics may drive some growers to plant more soybeans this year, leaving no room for rotation. Below are some things to do and things to watch out for if you decide to plant soybeans back to back. 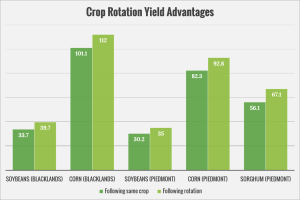 Nematodes: Soybean cyst nematode populations increase in long-term soybean cropping systems. The only way to monitor the population is through a nematode assay.

Insects: You are more likely to see problems with three-cornered alfalfa hopper, Dectes stem borer, bean leaf beetle, and stink bugs. Be on the lookout for these when you scout!

Diseases: Diseases that overwinter in crop residue are likely to be a problem for back-to-back soybeans. Keep an eye out for stem canker, Cercospora, frogeye leaf spot, and Septoria brown spot.

Weeds: Rotating crops allows you to diversify your weed management strategy by allowing use of different herbicides and tillage practices. With soybeans back-to-back, a good pre-emergent with multiple modes of action and overlapping residuals are critical. 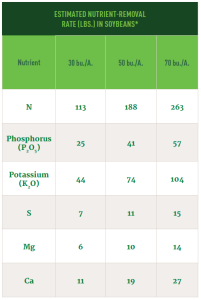