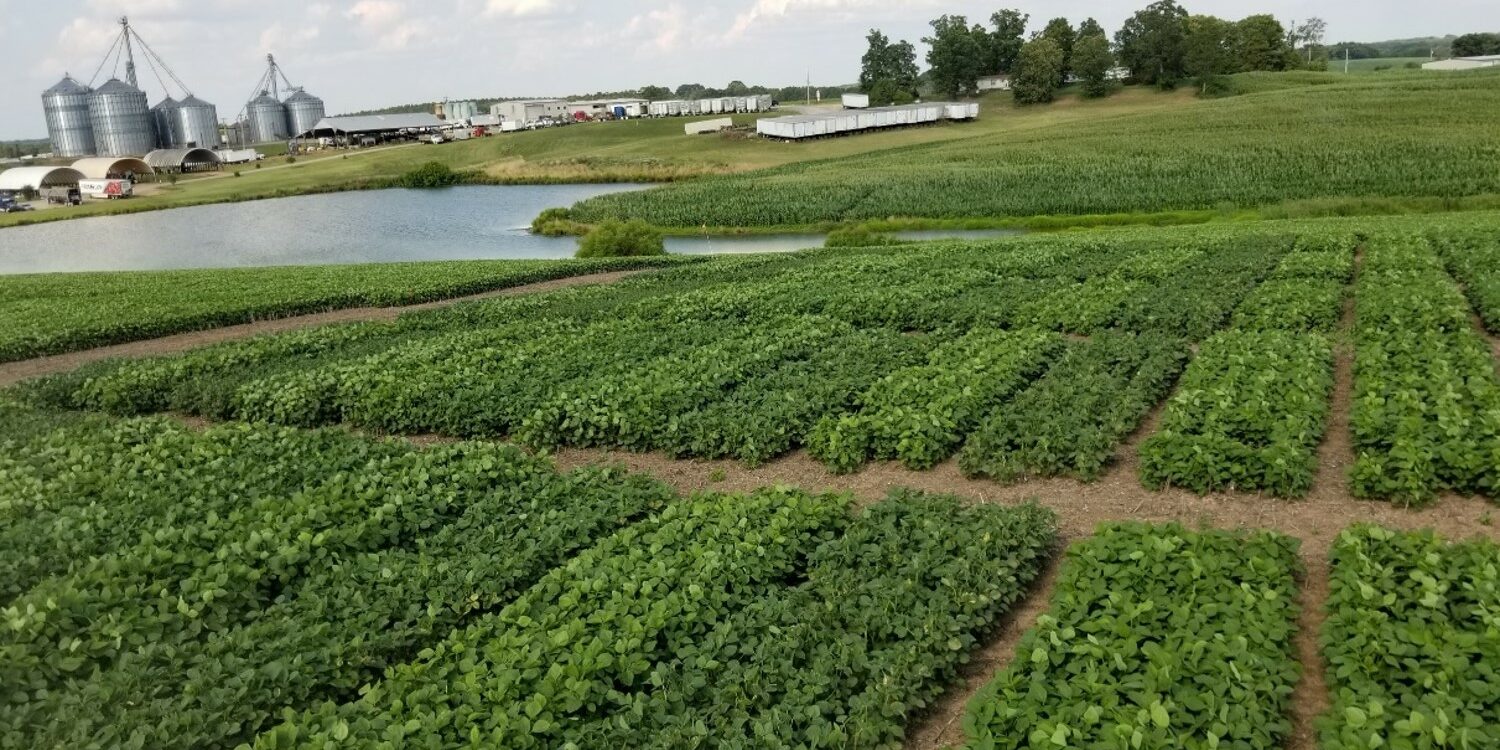 Soybean growers across N.C. plant soybeans in a wide window (March – August) and across a wide range of maturity groups (II – VIII). But being strategic about planting date and maturity group selection can help maximize yields. While weather plays a large role into which maturity group by planting date combination will yield the highest in any given environment, the more that is understood about the relationship between maturity group, planting date, plant population, and weather patterns, the greater the likelihood of increasing yields.

In an effort to help growers understand more about these interactions, the NCSPA is funding a trial to evaluate optimum maturity group and seeding rates across planting dates with the N.C State Soybean Extension program.

Below are observations from the first two years of research combined across environments:

At the earliest planting dates (mid-March), soybeans took 19-26 days to emerge but eventually did so with respectable stand. These results indicate that in early planting situations, soybean yield was optimized by using a maturity group IV or V. Declines in seed quality (damage and purple seed stain) are something to consider with earlier planting dates. The greatest among of damage was seen in maturity group IV.

In full-season planting situations, soybean yield was optimized using a MGIV and V variety. A trend identified in some of the highest yielding scenarios was that these soybeans were often flowering by the middle of June, when they should be able to capitalize on maximum photosynthesis. But it is important to note the yield decline observed between the mid-May and late-May planting dates. This suggests growers should try to get soybeans planted by the middle of May.

These results capture two years of data and thus two very different years of weather patterns. This work will continue in 2021 and beyond to gain a more robust understanding of these interactions across a wide range of environments. The ultimate goal of this work is to be able to provide growers with a tool that will help optimize their maturity group and planting date selection for a given location. Stay tuned for more as this project progresses!