Foliar Fertilizers: Are They a Sound Investment? – Part I

Growers are constantly being hit with information from products that advertise their ability to increase yield, specifically, foliar N, P, K, and micronutrient fertilizers. Is in-season fertilization needed for “catch-up” in a soybean crop and are these products consistently a sound investment for an operation? Research from groups across the United States over the last 30 years has found that they may be on rare occasions, but as a whole, likely not.

Since new formulations of these foliar fertilizers are coming to the market each year, the North Carolina Soybean Producers Association funded research through the soy checkoff to investigate a number of foliar nutrient products both individually and in combinations over the growing season to determine if and when to apply these products. A two-article series beginning with this post will explore how and where the research project was conducted, what the results were and what that means for farmers. 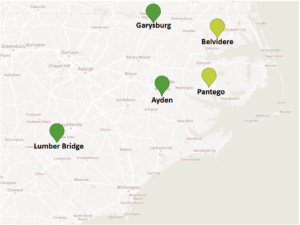 The first trial was designed to look at the performance of 10 individual products while the second was designed to combine successful agronomic strategies with the foliar nutrient products to evaluate maximum performance and economic return to the grower. Products were chosen based on consultant experience, industry promotion, and grower interest. Treatments are described in the tables below and included a variety of different products applied at various stages of the growing season. 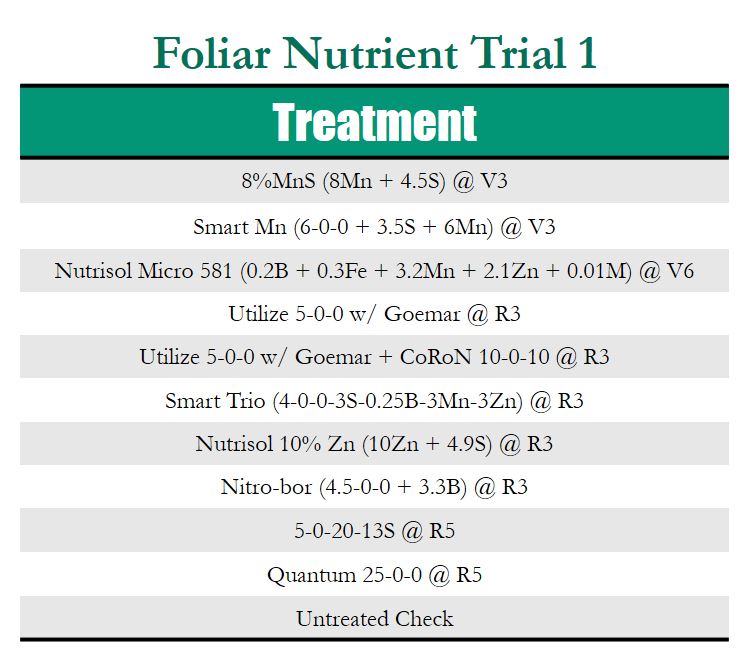 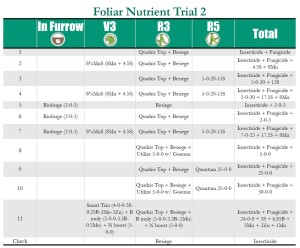 Pioneer 49T80R, a group IV indeterminate, was planted at the tidewater locations while Asgrow 6834, a group VI determinate, was planted at the coastal plain locations for both trials. Soil-applied fertilizer for both trials was based on recommendations from NCDA soil tests. Seed was treated with a standard fungicide treatment, but no insecticide treatment. Weed control was carried out throughout the season. Yield was measured and compared to the check in each trial to determine the effect of each treatment. 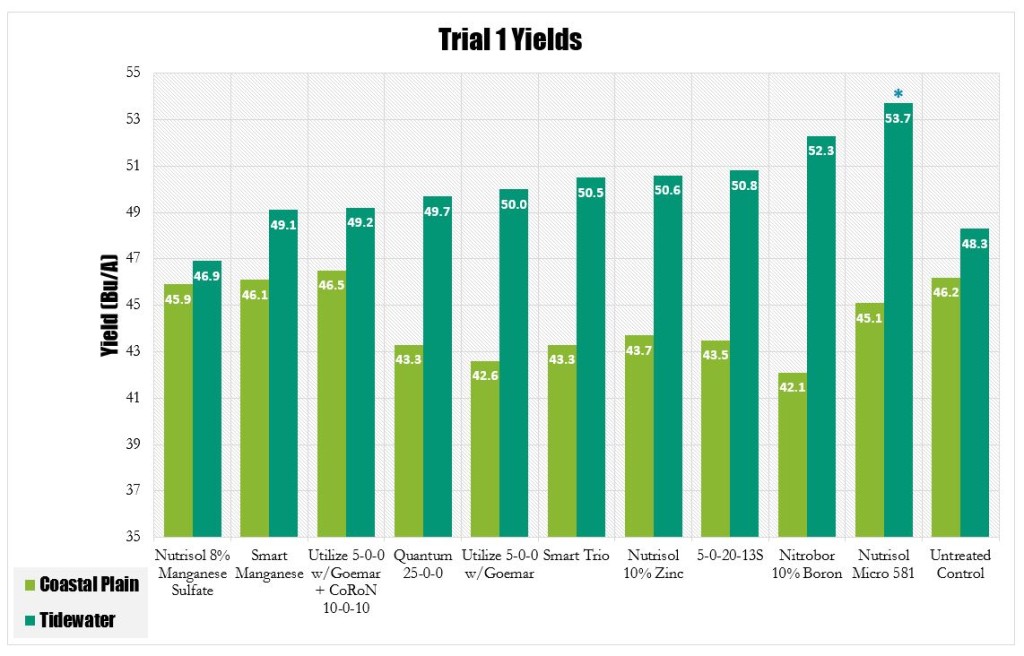 In trial 2, data was also analyzed separately for the coastal plain and tidewater locations. There were no statistically significant differences between the treatments and the control for either location, but in the coastal plain locations, treatments yielded very close to what the control did, while in the tidewater locations, we saw larger differences between treatments. Even though it wasn’t statistically significant, the treatment with Quantum 25-0-0 applied at pod fill (R5) was one of the highest yielding treatments for both locations.  This was surprising as the Quantum 25-0-0 treatment was one of the lower performing products tested in trial 1. 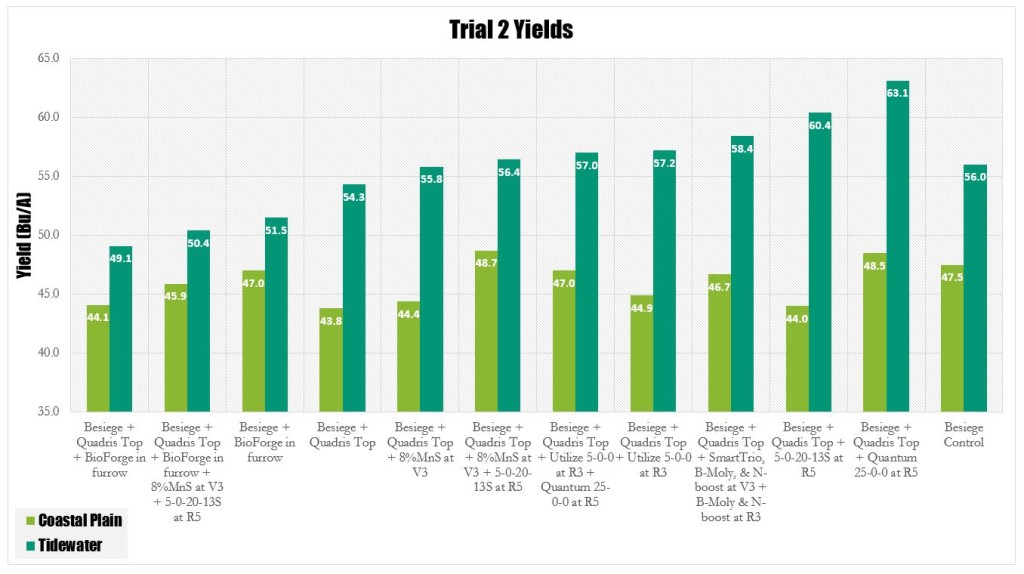