The excessive wet weather over the last 30 days has delayed soybean planting (and everything else) for many growers. Whether you planned to plant your soybeans late because of wheat, or the weather has gotten you behind, keep these things in mind to maximize yields with late-season beans.

Typically, planting in late June or July does not allow enough time to develop sufficient leaf area to maximize soybean yield. This is one of the main reasons double-crop and late-planted soybeans yield lower than full season beans. Strategies that lead to greater amounts of captured light during the growing season will help increase yields. 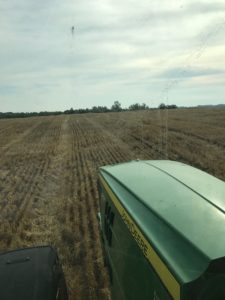 When planting after May, remember every day counts. The key to maximizing light interception and thus yield is to get the plants tall enough (3 feet tall) and the row middles lapped before vegetative growth ends. The optimum date to achieve this varies across environments from the end May to the beginning of July, but on average it is likely close to the middle of June. For each day not planted after this optimum date, soybean yields will be reduced significantly. That means it is essential to have planting equipment and soybean seed prepared before the wheat harvest is finished in order to get back in the field immediately following harvest and get beans planted. Ideally, the planter should be following the combine in the field on the same day. 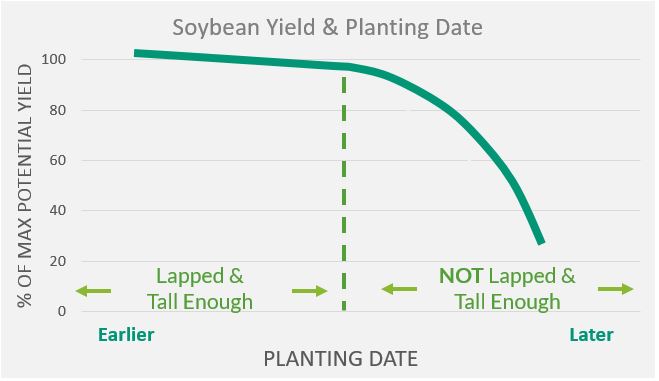 Soybean variety selection is important. Later maturity groups allow more time for growth which means yields are reduced less in these varieties when planted late. Choose as late of a maturity group as possible that will still mature before the first frost.  Within a maturity group, some varieties seem to tolerate the late planting dates better than other varieties.  Both the OVT and Dr. Dunphy report yield results for full-season and late-planted trails. Evaluating relative yield when planted late, rather than across all planting dates, will help find those varieties. 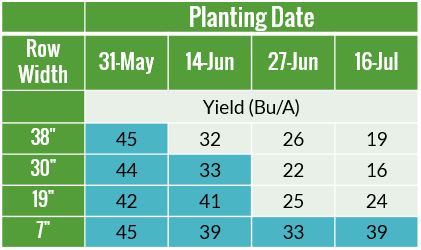 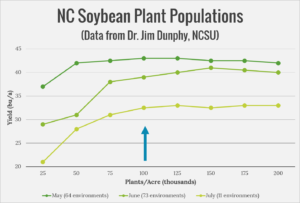 Late planting does not alter the need for weed, insect, or disease control but because yields are typically lower, it is important to manage inputs carefully. Since soils are typically drier for June or July planting, fungicide seed treatments are not commonly needed. A smaller canopy means less tolerance to defoliating insects so it’s important to scout for these. Late-planted beans may also be more prone to damage from corn earworms and stinkbugs as their maturity coincides with the movement of these insects from other crops. This year, heavy rainfall in April and May may have created the potential for diseases like frogeye leaf spot to thrive. Regular scouting will help determine what pests are present and if levels are at a threshold where treatment is profitable.