2017 was a good year for soybeans in North Carolina and across the Southern US. We tied our state record yield of 40 bushels/acre and nine counties averaged 45 bushels/acre or more. Kudos to all of the farmers and agronomists who worked hard all season to make this happen (along with some favorable weather!). 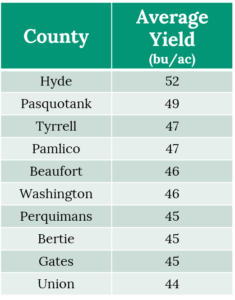 You will notice the majority of these counties are in the Blacklands or the North East, where the mush of our acreage is concentrated. Union County is the one exception to this and they have historically been one of our top yielding counties. 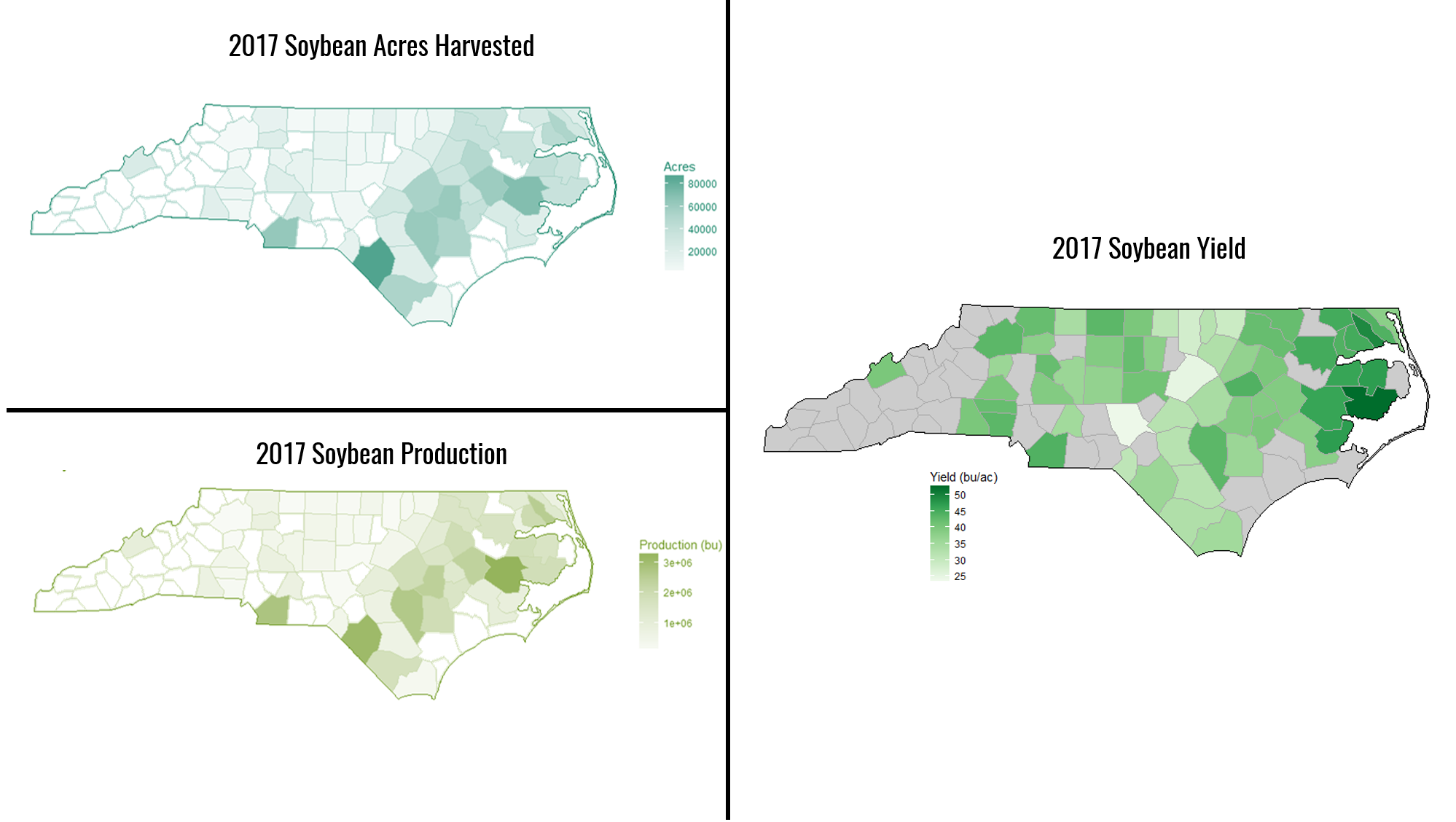 So the question is was this a one-year phenomenon or a long-term trend? Well if we look at the soybean yield trends in North Carolina from the last 50 years we can plot the yield increase trend. Yields the last five years have all been above that trendline. 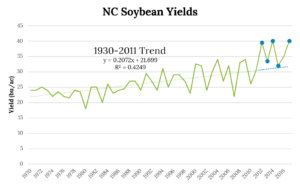 We know that improvements in breeding can account for some of this increase as seed companies have been putting more resources to breed soybean lines and molecular breeding techniques have allowed them to move lines to the market faster. We’ve also had favorable weather in some of our years with “record-setting” yields. But weather and genetics don’t explain the whole story.

One of the biggest reasons we’ve seen this consistent increase over the last five years is better management of the crop by our growers. Soybeans (or “poverty peas”) we’re often thought of as the “red-headed stepchild” of NC agriculture for many years and they were not intensively managed. I think we are seeing a shift in this line of thought and as growers commit to an intensive systems-approach management style for their soybeans and they are being rewarded with higher yields.

Employing the right planting date, row spacing, population, planting conditions, weed control, and disease control are essential to set your crop up for success. As you begin the 2018 season, keep this in mind and commit to putting time and energy into managing your soybeans like you would some of your other crops. You may be surprised at the return you see!