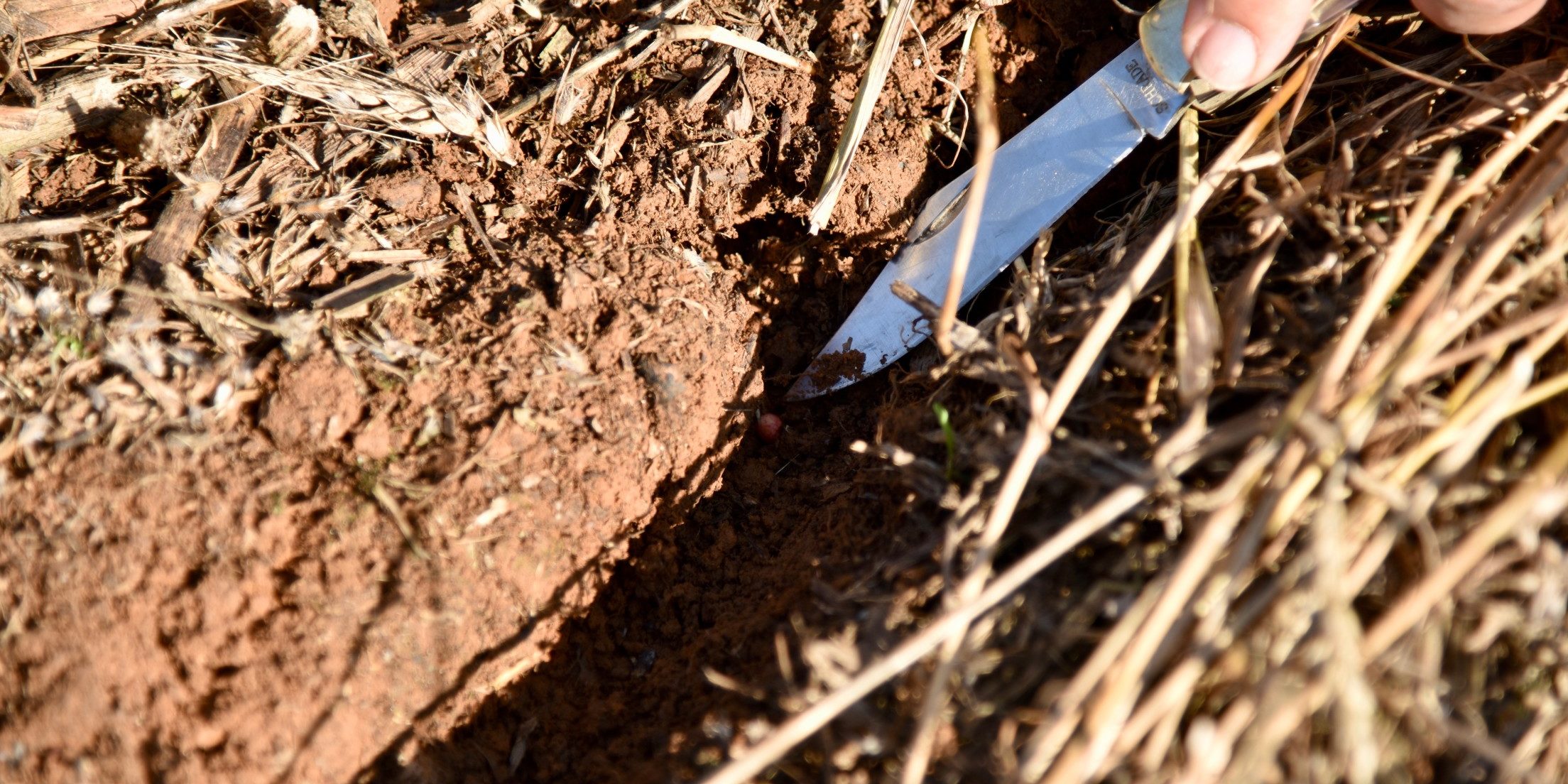 Last week we tackled foliar yield enhancements so this week we’re changing gears just slightly and tackling non-foliar yield products. Various non-foliar yield enhancement products are available to North Carolina soybean producers. Profit margins are currently narrow for soybeans and much thought should go into the potential yield advantages and associated costs from the use of these products. Over the last five years, the NCSPA has utilized checkoff funding to evaluate the efficacy of these products with NCSU Extension. Having an unbiased and trusted source evaluate the efficacy of such products is essential to making decisions about what products, if any, should be added to a farm operation.

This test was conducted across 15 environments from 2014 – 2018. While products have varied from year-to-year, this trial has generally included seed treatments, in-furrow applications, broadcast applications. Products tested included insecticides, fungicides, nematicides, inoculants, biologicals, and fertilizer. The number of environments a product was evaluate in is included in the graph and only products that were tested multiple years are reported here. Confidence in the results increase the more times and environments a product has been tested.

In separate NC State studies, nematicide seed treatments show inconsistent results for reducing damage from nematodes. With inconsistency in yield response from nematicidal seed treatments, their use appears to be best placed in systems with moderate nematode populations, and are likely not economical in low or high nematode population environments.

Soybeans can fix their own nitrogen through a symbiotic relationship with bacteria (Bradyrhizobia japonicum) that can convert atmospheric nitrogen (N2) into a plant useable form. For this reason, soybeans are often not fertilized with any additional N fertilizer, and farmers generally depend on N-fixation and residual soil N to fulfill soybean N demand. There has been recent interest in the value of inoculating soybeans with appropriate bacteria to promote N-fixation. In this trial we evaluated two seed applied inoculants. The two inoculants evaluated in this study, Optimize LCO XC and TagTeam LCO XC, provided a slight yield advantage from the nontreated control (+1.1 bu/A). Other University conducted trials also have observed modest yield increases from the use of the Optimize inoculant. Previous work by Dr. Jim Dunphy would indicate that in-furrow inoculants are generally more effective than seed applied inoculants. It is generally believed that inoculating soybeans is more valuable on a field that has not produced soybeans for 4-5 years, than one which has had soybeans consistently in the rotation.

BioForge is a biological plant growth promoter that claims to promote early root growth by reducing stress. This product was evaluated as a seed application over five years in this study and did not significantly impact soybean yield. Other University research has found that BioForge applied both as a seed treatment and a foliar treatment was more effective at impacting soybean yield than use as a seed treatment alone.

The use of Quadris, Proline, and Headline did not impact soybean yield across environments, however Priaxor did increase soybean yield (+1.6 bu/A). It should again be noted that the trials were generally planted in June and July and a larger impact on soybean yield may have been observed from in-furrow fungicide use at earlier soybean planting dates when environmental conditions might be more conducive for disease development. In-furrow fungicides are best used in environments with high disease risk (cool, wet soils), as fungicide resistance develops rapidly in soilborne fungi populations. Continued use of the same fungicide chemistry could result in fungicide-resistance, which would make future disease management more challenging.

Agzyme and Environoc 401 are both microbial stimulant products that are advertised to enhance microbial activity. Both had approximately a 1.5 bu/A increase on soybean yield when evaluated in this trial.

There is some question about the necessity of adding additional N fertilizer to soybeans as we push yields higher. At some point, the evaluation of both ESN and ammonium sulfate applications in soybeans was of interest to growers in North Carolina. In this trial, the use of ESN at planting or pre-bloom or the use of ammonium sulfate did not impact yield. There are many field experiments that have been conducted in North Carolina that show that inorganic N fertilizer applications to effectively nodulated soybeans are rarely profitable. A recent nationwide study found in most environments there was a minimal effect of N fertilizer application on soybean yield and that this practice would rarely return profits.

Over the years the non-foliar yield enhancement products evaluated in this program have provided modest soybean yield increases, if any. The evaluation of these products across 15 environments is context specific to late-May through early July planting and these results may be different if earlier planting dates were evaluated. Many of these products are relatively inexpensive, however, so growers must decide if the modest increases in soybean yield observed with some of these products coupled with the risk of resistance development would justify investment.